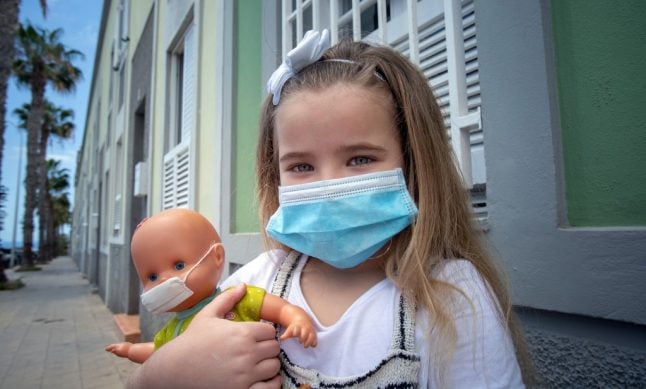 Spain is among the hardest hit countries, with a death toll running at more than 23,000, putting it behind only the United States and Italy despite stringent restrictions imposed from March 14.

But unlike other countries, Spain's children were kept indoors, with only adults allowed to leave the house to buy food, medicine, briefly walk the dog or seek urgent medical care.

On Sunday, Spanish children took to the streets of Madrid to enjoy their newfound freedom.

Some rollerbladed while others rode bikes or pushed toy prams around, many wearing small masks to cover their faces.

“It has been very good for me to get out,” said six-year-old Ricardo after a runaround in Madrid with his younger sister. “We played hide and seek, we raced. We found a ladybug that was lost and we put it in among the ants.”

Some parents took precautions, dressing their kids with protective gear before going out.

“They're all properly equipped with masks and gloves,” said Miguel Lopez, father of two children aged six and three, and who lives in an apartment in northwest Madrid. “It's like a day out for them, it's the most interesting thing for them in a month,” Lopez told AFP.

Alvaro Paredes, seven, and his brother Javier, four, were just getting ready for their big adventure.

“We are going to go out in an hour's time, going about a kilometre (0.6 miles) on scooter or bicycle to do a tour around our neighbourhood,” their mother Inmaculada Paredes said. From Sunday a maximum of three children under 14 years will be able to go out once a day, for one hour between 9:00 am (0700 GMT) and 9:00 pm, accompanied by one parent — and no further than one kilometre from their home.

Health Minister Salvador Illa on Friday said it would be “a first step towards easing” the lockdown after earlier insisting that people be very prudent “because the health of the nation is at stake”.

The restriction on children had come under increasing criticism in Spain, with specialists warning of the danger it posed for their health and mental wellbeing.

Last week one of Spain's deputy prime ministers Pablo Iglesias apologised for keeping them at home for six weeks, acknowledging it was “not at all easy” for them and saying thank you.

The government's initial plan to allow children to accompany adults only on their rare authorised trips, for example to supermarkets, satisfied no one and prompted a hasty retreat. “All our common sense tells us that it is safe for the children,” said mother Paredes.

“If I can go to a supermarket, which is an enclosed space, then going for a walk (in the open) has got to be safer.”

For both her and Miguel Lopez, this easing of the rules would have been welcome earlier but they understand the caution of the authorities, desperate to avoid any resurgence of the disease.

“Many people have been really irresponsible,” Lopez said.

“Those same people who went off to their country houses despite all the warnings, they would have flooded onto the beaches and into the parks if the children had been allowed out earlier.”

“I think they could have done this sooner perhaps but it is true that people in Spain, in Madrid, have not been very good about it,” said Paredes.

The decision was made as Spain appeared to have got past the peak of the pandemic, reporting Sunday a daily death toll of 288, the lowest number since March 20.

All Spaniards will be allowed out for exercise and to take walks from next weekend, Prime Minister Pedro Sanchez said Saturday.

The government will on Tuesday unveil its broader lockdown exit plan that will likely be put into action in the second half of May, he added. 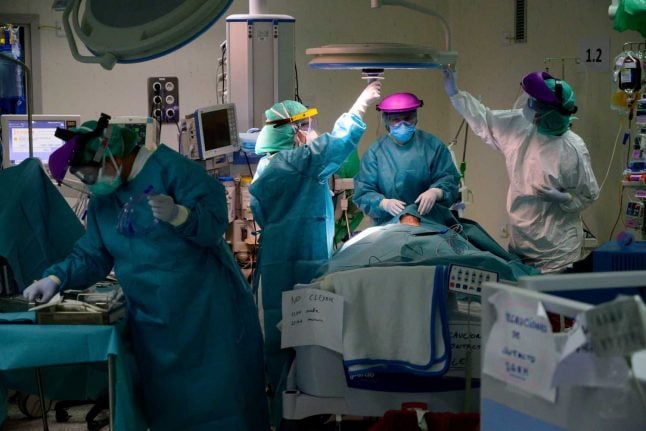 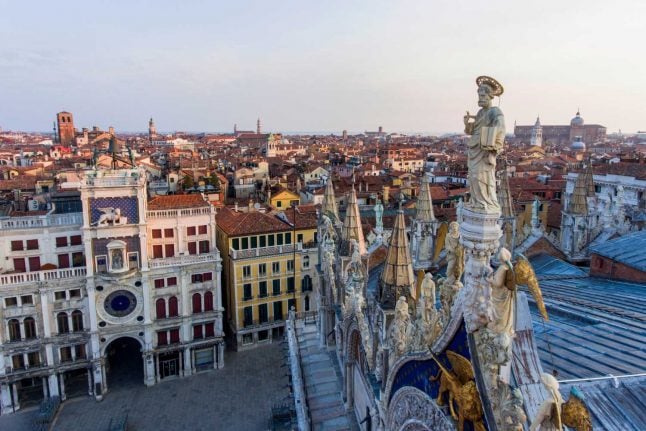 COVID-19
Coronavirus across Europe: How the pandemic has affected those living abroad

COVID-19
Coronavirus across Europe: How the pandemic has affected those living abroad
Url copied to clipboard!