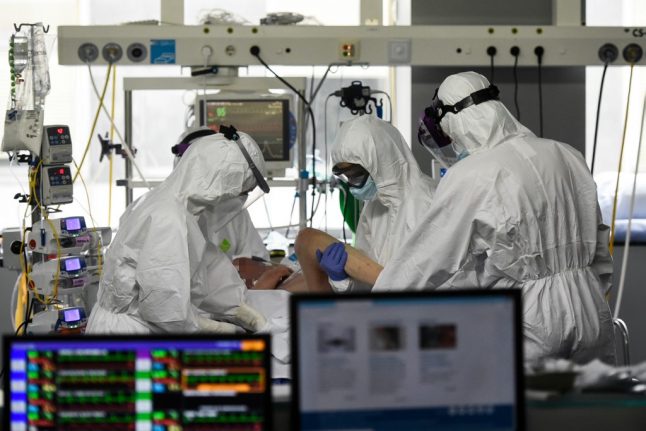 The number was slightly higher than Friday's figure of 367, hiking the overall death toll in Spain to 22,902, the third-highest figure in the world after the United States and Italy.

The overall number of infections has now passed 223,759, a figure that includes those shown to have developed antibodies against the virus.

However, the health ministry has begun using only the number of cases confirmed by PCR (polymerase chain reaction) tests, or swab tests, giving a figure of 205,905 — 2,944 of which were detected in the last 24 hours.

The move came as Spain passed an important landmark in its fight against the virus on Friday, with the daily number of recoveries outpacing the number of new infections for the first time since the start of the pandemic.

Spain has been ramping up the use of antibody tests which show whether a patient's immune system has developed defences against the coronavirus, meaning they have been infected in the past.