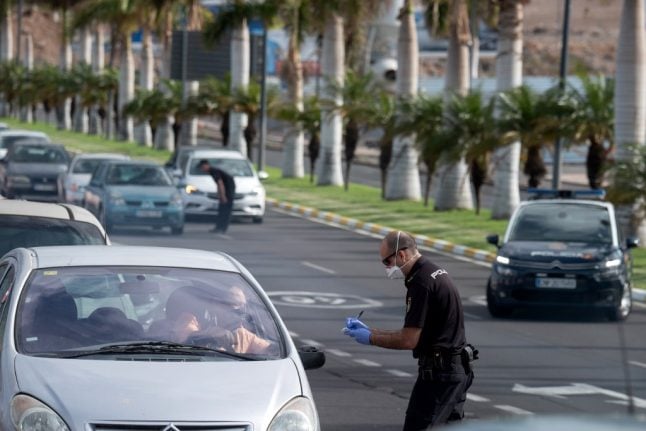 But what are the conditions that countries should meet before they can start safely easing these strict measures and return to some kind of normalcy?

Experts fear that governments will bow to economic and social pressure to lift their lockdowns prematurely, and warn that such a move could allow COVID-19 to return.

“Lifting the restrictions too quickly could lead to a deadly resurgence,” World Health Organization chief Tedros Adhanom Ghebreyesus has said.

Christian Brechot, Institut Pasteur president and former head of French national medical research institute INSERM, said we must be “very humble and very careful” with a virus that many nations have already underestimated.

“It's not clear with a pandemic of this scale how everything can miraculously return to normal,” Brechot told France Info radio.

Despite such advice, in the hardest-hit continent Europe — where more than 78,000 people have died from the virus — several countries have already started partially lifting confinement measures.

Germany, which has seen new cases drop and was already less affected than some of its neighbours, appeared Monday to be moving towards lifting restrictions in stages.

Austria will allow small businesses to reopen after the Easter break, believing it has sufficiently flattened its infection curve.

Denmark will reopen daycare nurseries, kindergartens and primary schools from April 15, while the Czech Republic has already begun to gradually ease restrictions, including opening some shops.

The countries are following in the footsteps of China, which has loosened its unprecedented lockdown on the city of Wuhan, where the coronavirus emerged in December, after the strict measures appeared to have paid off. Elsewhere in Europe, however, there are fewer signs that restrictions will soon ease.

Britain passed the grim milestone of 10,000 deaths on the weekend while France is expected to extend its lockdown for at least several weeks.

France's national health service director Jerome Salomon said a slight decrease in intensive care admissions was a “pale ray of sunshine,” adding that “a very high plateau” seemed to be setting in.

The continent's hardest-hit countries Italy and Spain also seem to have reached such a high plateau, with their daily death rates gradually falling.

But after such a devastating period, neither country is letting down its guard — Italy has extended its confinement measures until May 3, while Spain has done the same until April 25. Ireland, Portugal and Belgium have also extended their measures.

“It's not when we have arrived at a plateau that we should lift confinement measures which have helped avoid massive congestion in hospitals,” said Antoine Flahault, a specialist in public health and epidemiology at the University of Geneva.

It must only happen “when we see a decline,” he told broadcaster France 2.

Researcher Brechot said he “hopes that from mid-May we will be in a situation of deceleration” which will allow a “gradual relaxation” of restrictions.

Jean-Francois Delfraissy, who leads the coronavirus science council advising the French government, said “we are not going to go from black to white, but from black to grey, with continued confinement”.

“We can start to discuss post-confinement, but the essential and principal factor is to pursue strict confinement for several weeks.”

Delfraissy said there were several prerequisites for lifting confinement measures.

First, there would need to be an established decline in the number of COVID-19 cases in intensive care.

This would give exhausted health workers a badly needed respite and allow hospitals to restock equipment and supplies.

The transmission rate of COVID-19 — the number of people an infected individual infects in turn — would need to have dropped below one, compared to 3.3 people at the start of the outbreak.

And finally there would need to be a sufficient number of masks to protect the populace and tests to closely monitor the virus's spread.

Of course, these conditions are subject to much uncertainty, including the possible development an app that uses smartphones to trace the contacts of infected people.

Mobile operators have already been providing location data to health researchers in France and Germany.

Another major unknown is the effect that summer has on slowing COVID-19's spread in the northern hemisphere.

Respiratory viruses are generally less prevalent in warmer months — flu season is in winter — but will the coronavirus be the same?

“If there is no summer brake, then it will be more complicated” to lift confinement measures, said epidemiologist Flahault.