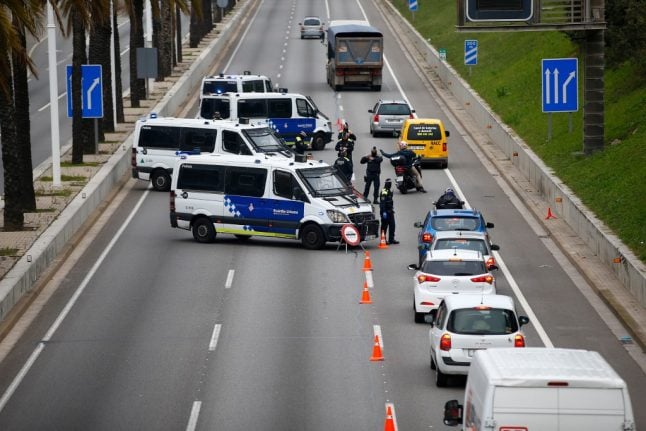 Spain Guardia Civil said they have set up 150 road blocks across Spain’s main roads to discourage unauthorised journeys and will also be carrying out mobile surveillance.

Despite strict rules on when drivers are allowed to take the road, traffic at the start of the Easter break has increased as a minority defy orders to stay home and attempt to move to another part of the country.

Spain’s General Traffic Department (DGT) reported that there were traffic jams on main roads leading out of Madrid partly as a result of roadside checks on those attempting to leave the city.

Semana Santa is traditionally one of the busiest times on Spain’s roads, as well as Christmas and the start of the August summer holidays when millions of families leave the cities either to return to their family village or to head to the coast.

But police said the strategy to keep people at home was working with traffic down 70 percent on Spain’s highways during the first few days of Semana Santa compared to last year’s figures and traffic 75 percent less leaving and entering Spain’s largest cities.

READ ALSO: What you need to know about driving during Spain's coronavirus lockdown