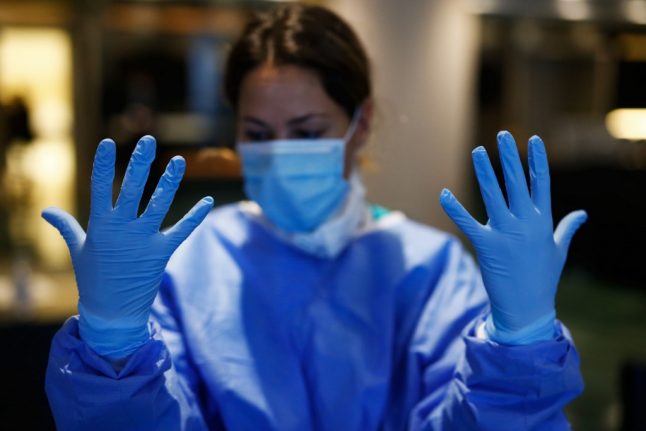 A healthcare worker puts gloves on at a hotel that has been transformed into a hospital in Barcelona. Photo: AFP

When he had the first symptoms he felt sheer “panic”, wondering if he'd passed the virus on to his eight-week-old daughter.

Despite his youth, his healthy lifestyle and the fact he had no underlying medical problems, it was “not an easy experience,” he said.

“Can you imagine, you're someone who is 29, who plays sports, doesn't smoke and hardly ever goes to the doctor, and you're in intensive care with oxygen and no-one from your family is allowed to see you,” he said. “It's quite a shocking situation.”

Lara, who lives in Seville, is one of a growing number of people who have recovered across Spain.

Spain has the world's second-highest death toll after Italy, with the virus so far claiming 10,003 lives and the number of confirmed cases topping 110,000.

That a 29-year-old should be so badly affected is unusual, with the vast majority of patients in hospital aged 60 and over.

Another man taken to same hospital at the same time as him — a 70-year-old American tourist — died just a few days later, his body held in the morgue for more than a week before his repatriation, a hospital employee told AFP.

“I started to feel unwell, I wasn't very hungry and my head was aching, and two days later my temperature went up quite a bit.”

A few days later, he went to a health centre in Seville where his glamping Hub startup is based.

He hadn't been in China, nor Italy and didn't know if he had been in contact with anyone infected by the virus.

“They told me that under the health ministry's guidelines, they wouldn't test me,” saying it was probably something else, he said.

The next week, he went into work twice, but at home “took all the necessary precautions” to ensure he wouldn't pass on whatever he had to his wife and tiny daughter: using a mask, eating separately and sleeping on his own.

“I was panicking that my daughter would get infected,” he admits.

“When I started showing symptoms, I said I wouldn't hold her or go near her, or change her nappies.”

When the fever and the chills showed no signs of disappearing, he went to hospital in his native town of Ronda, 130 kilometres (80 miles) southeast of Seville, on March 13th.

This time he was tested, with the results showing “a rare, severe case of pneumonia in both lungs and very low immunity”.

He tested positive with the hospital immediately transferring him to the intensive care unit.

“That was the worst moment of my life because there was so much uncertainty,” he said.

In the intensive care unit, they gave him Lopinavir + Ritonavir, two antivirals used to treat HIV patients, that strip back the virus's ability to reproduce and attack the immune system.

The treatment worked and 48 hours later, he was taken out of intensive care.

His breathing continued to improve, the fever went down and he was discharged from hospital on March 23rd.

Back home, he's been living “a normal life” while being extremely careful with hygiene after they warned him that the contagion could remain in urine and faeces for another 14 days.

Lara said some of his friends and acquaintances had mild symptoms, although none had tested positive for the virus nor been taken to hospital.

And no-one in his immediate circle has shown any symptoms, not his wife nor his daughter, nor their parents, who all had to observe a period of quarantine.

So all his precautions before going into hospital “to ensure nobody caught the virus at home”, appeared to have worked.

Although he feels well, he has been told to stay off work for between 30 and 60 days, and he can't do any sport, he said.

“And if I talk too much I get a bit breathless because you don't cure pneumonia overnight.” 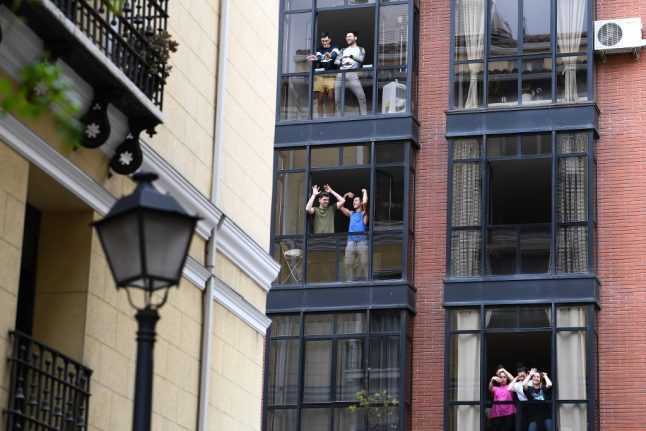 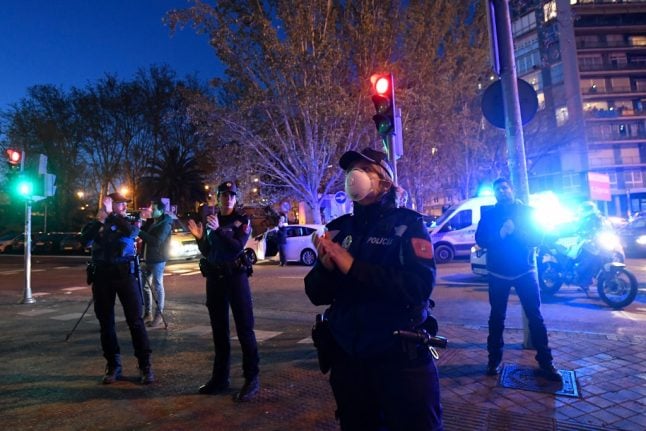