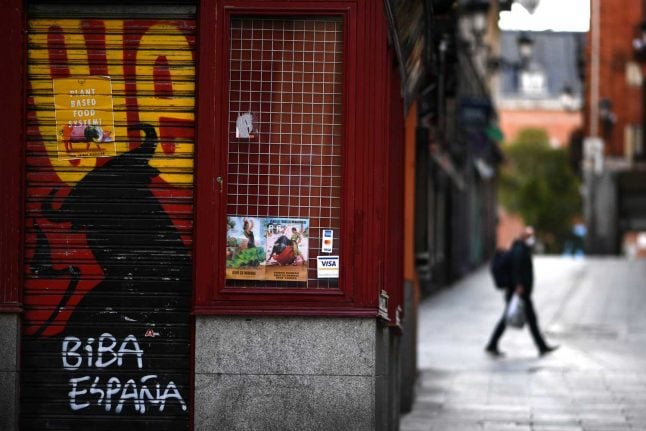 From Friday to Saturday, Spain recorded 832 coronavirus deaths, an increase on the 769 fatalities recorded from Thursday to Friday in the country.

The number of confirmed cases in Spain has now reached 78,797 — after an increase of 9.1 percent in one day — as the country battles the world's second most deadly outbreak. The number is fast approaching the figure of 81,400 in China, where the virus originated.

Spain is now one of the most heavily hit countries due to the virus, with more deaths than any other country besides Italy. The number of dead in Spain is now more than 6,500.

Except for a brief lull recorded on Thursday, Spain's death toll has been rising daily.

However, officials have pointed to a slower growth rate for both deaths and confirmed cases and expressed hope that the peak of the outbreak was approaching.

Like Italy, Spain on Saturday tightened measures to contain the outbreak, ordering a halt to all “non-essential” activities.

“All workers in non-essential economic activities must stay at home for two weeks,” Prime Minister Pedro Sanchez said. The health, food and energy sectors are among areas considered to be essential.

An emergency cabinet meeting on Sunday was to decide on the details of the new measure.

Currently, people in Spain are authorised to leave home for work if remote work is not possible, to buy food, get medical care or briefly walk their dog.

The capital of Madrid remains the most heavily-hit region in the country.

An initial site was opened last week at the ice skating rink at the Palacio de Hielo (Ice Palace) shopping centre. With undertakers also overwhelmed, the government has authorised the army's involvement in the collection and transport of bodies for the duration of the state of emergency.

The latest figures came as Spain marked two weeks since the imposition of an unprecedented national lockdown which will remain in place until at least April 11.

On Saturday, Spain received a delivery of 1.2 million masks from China for health workers and those in the transport sector, the government said.

The delivery, which arrived at Madrid's Barajas airport, includes some 387,000 surgical masks for healthcare personnel, 75,000 masks for the security forces and more than 725,000 for those in the transport sector, from bus drivers to port and airport staff as well as those working for the postal service.

The current lockdown – one of the most severe in Europe – has been extended by the government until the 11th of April and is expected to be further extended.

Spain's foreign minister told The Guardian that the government was considering introducing stricter controls if these were deemed necessary.

Although Spain's latest figures showed a daily increase of more than 8,000 cases, the rate of new infections appears to be slowing, with officials saying the epidemic appeared to be nearing its peak.