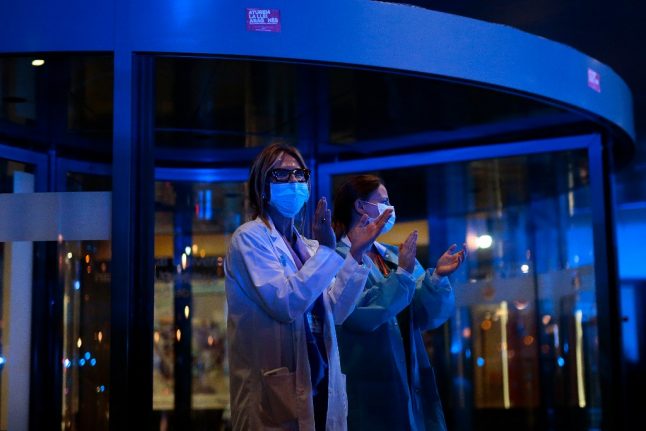 Since the recent ‘state of alert’ was announced by Spanish Prime Minister, Pedro Sanchez, Brits living here have been coming to terms with the scale of the coronavirus crisis and the consequences of ‘lockdown’.

In a country that enjoys an outdoor lifestyle with frequent socialising, residents of all nationalities have adapted to the new measures remarkably quickly.

The swift action of the Spanish government has been widely welcomed, with most British residents supporting the speed and severity of the new measures.

To better understand the most pressing concerns, Bremain in Spain asked its members to comment on the current situation – the coronavirus crisis itself, and the response of the Spanish government.

Surprisingly, thoughts for their own health and wellbeing were not high on the list – except for those in high risk categories, such as the elderly and people with pre-existing medical conditions.

The biggest concern was the fate of small businesses and the self-employed. Many members were worried about the lack of personal earnings and being able to pay employees – especially if the lockdown takes the almost inevitable course of lasting several weeks.

Michael Soffe, proprietor of two hospitality businesses, commented: “My heart goes out to the many people in tourism with small businesses who, like me, have lost every single booking for March and April.”

However, despite voicing concerns about their income, most people would rather risk their livelihood than their life. Bremain member Gary Lawson, said: “I worry for my job and our small business if this goes on for months, but my concerns are irrelevant right now. It’s all about saving lives.”

Agnes Miller, who runs a language school for 600 students, said: “I don’t know how long we could last. I just hope the government puts some serious, accessible measures in place to help small businesses.”

Another concern expressed was for family members in the UK. For many, not knowing when – or perhaps, if – they would see elderly relatives again, was a worrying factor. However, the main concern regarding UK family members was for their welfare and safety, as many expressed grave concerns over the UK government’s handling of the current emergency.

By contrast, praise for the Spanish approach was practically universal, with only a handful of members feeling that the Spanish government had gone too far, or not gone far enough.

In a widely echoed statement, Glenys Nichol, said: “The Spanish authorities are doing a fantastic job in an unprecedented situation.”

EFL teacher,Lawrence Renaudon Smith, added: “I am very impressed by the response from the Spanish government. It is an example of a government getting its act together and taking decisive action. Countries like the UK, which depend on the good sense of the public, will get into serious problems and have a lot of unnecessary deaths.”

With widespread support for the government’s action prevailing, many people voiced concerns about residents flouting the rules and thinking they’re exempt.

Scenes of British tourists behaving badly in Benidorm, witnessed on social media last week, were greeted with universal condemnation. Thankfully, with hotels closed and travel impossible, we’ve seen the last of this embarrassing and irresponsible behaviour – for now.

In some cases, the new rules have been flouted due to people misunderstanding them, especially as these rules have been frequently amended. That confusion has also applied to local authorities, as we’ve witnessed some slight variations in how the rules are being interpreted.

As we all become familiar with what is/isn’t permitted, and as the government endeavours to communicate more clearly, these issues will iron themselves out. Let’s hope everybody will cooperate, to ensure the quarantine doesn’t need to be prolonged unnecessarily.

Nick Hamilton-King, a retiree, said: “The measures are essential, but it’s imperative that everyone adheres to them. There are too many people flouting the lockdown rules. Their selfishness and arrogance could lead to many more healthy individuals succumbing to the virus.”

With advice for people to socially distance themselves affecting public behaviour in the UK, the public must accept that enforcing a lockdown is the only effective solution. Let’s hope the British government decides to follow the swift and decisive action of the Spanish government.

Meanwhile, spare a thought for British residents of Spain who were visiting the UK when Europe shut its borders. They are now trapped for the duration and many are separated from immediate family in Spain.

Others are caught ‘in limbo’ unable to move forward with legal paperwork. Nicky Thomson, a would-be immigrant said: “I am stuck in the UK and was due to finalise my residencia in Spain. I am now worried I might not manage it before the end of the year.”

If a justifiable reason to extend the Brexit transition period ever existed, a global health crisis that threatens thousands of lives certainly fits the bill.

Any efforts to negotiate must be put on hold by both sides, so that the available time, money and expertise can be dedicated to saving lives, not to worrying about trade tariffs.

We’ve never experienced anything like this in our lifetimes, and I hope we never will again. We must stay safe by staying home but look out for each other and help those in need – even if we have to do so remotely.

People in Spain have found novel ways to lift their spirits and support those on the frontline – those literally putting their lives at risk for the greater good. The best way to thank them is by following government rules and preventing the spread of this terrible disease.

As author, Angie Scarr, says: “People are finding ways to look on the bright side. How people behave in crises like these says a lot about them.” Indeed, it does!