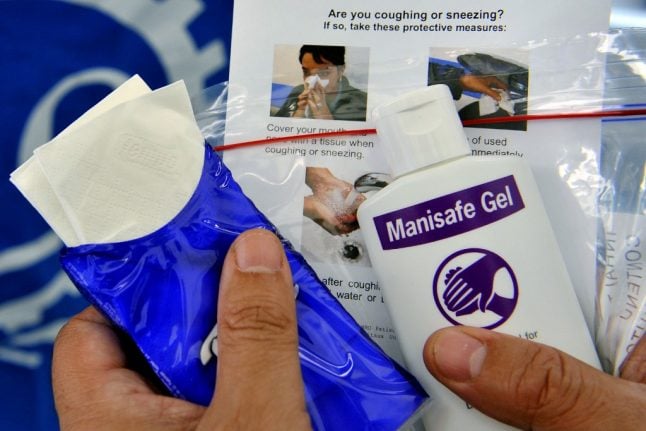 COVID-19, the illness caused by coronavirus, proves deadly in around 3.5 percent of confirmed cases.

While this is not the same as its mortality rate, given many people may be infected but not realise it, it is significantly higher than seasonal flu, which typically kills 0.1 percent of patients.

“There is still considerable uncertainty around the fatality rates of COVID-19 and it likely varies depending on the quality of local healthcare,” said Francois Balloux, Professor of Computational Systems Biology at University College London.

“That said, it is around two percent on average, which is about 20 times higher than for the seasonal flu lineages currently in circulation.”

But the true danger of coronavirus is unlikely to be the death toll.

An analysis of 45,000 confirmed cases in China, where the epidemic originated, show that the vast majority of deaths were among the elderly (14.8 percent mortality among over 80s).

But another Chinese study showed that 41 percent of serious cases occurred among under 50s, compared with 27 percent among over 65s.

“It's true that if you're older you're at greater risk, but serious cases can also happen in relatively young people with no prior conditions,” said French deputy health minister Jerome Salomon.

Disease experts estimate that each COVID-19 sufferer infects between two to 3 others.

That's a reproduction rate up to twice as high as seasonal flu, which typically infects 1.3 new people for each patient.

Salomon said that humans have lived with influenza for more than 100 years.

“We've studied it closely,” he said. “This new virus resembles the flu in terms of physical symptoms but there are huge differences.”

Number one is the lack of a vaccine against COVID-19, or even any treatment shown to be consistently effective.

While some trials have shown promise delivering anti-retroviral drugs to serious cases, as well as some experimental therapies, their sample sizes are too small to roll out to the general population.

Hundreds of researchers around the world are working frantically to find a COVID-19 vaccine, but the development process takes months and is likely too late for the current outbreak.

Even if a vaccine magically appeared, getting everyone access it to it is no small order. Health authorities regularly complain that not enough people receive the flu vaccine to guarantee “herd immunity”.

But the new virus does share some characteristics with flu, notably the measures each one of us can personally take to slow the infection rate:

Avoid shaking hands, frequently wash your hands with soap and water, avoid touching your face and wear a mask if you are sick.

Such actions can limit new infections just as they can with the flu, gastro illnesses and other infectious diseases.

Spain has the second lowest fertility rate in the EU, with an average of 1.23 children per woman, according to the latest data provided by the European Statistical Office, Eurostat, corresponding to 2019 and updated at the end of June 2021.

A report by the Spanish Fertility Society (SEF), says that more and more couples are having problems conceiving and many are choosing to undergo assisted reproductive techniques in order to become parents.

They consider infertility as: “the inability to achieve pregnancy after one year of sexual intercourse with normal frequency and without the use of any method of conception”.

Although male infertility factors are responsible for between 25 percent to 35 percent of cases, the number of older women who want to have children in Spain is the number one issue, the society explains.

But, it’s not just Spaniards who use fertility clinics in Spain, people come from all over Europe and even further afield. A recent study by the American Society for Reproductive Medicine found that five percent of European fertility care involves patients cross border travel and that the most popular European destinations are Spain, the Czech Republic, Denmark and Belgium.

In 2019, Spanish fertility clinics carried out 18,457 treatment cycles for foreigners, the majority from France and Italy. According to Barcelona IVF, the French, English and Italian are the ones who travel the most to Spain to undergo fertility treatments.

So what are the rules on IVF and other assisted reproductive techniques in Spain?

The In Vitro Fertilisation Law in Spain states that any woman over 18 years old can undergo reproductive techniques in Spain regardless of marital status and sexual orientation. Egg freezing for future use is also allowed.

This legal framework establishes that assisted reproductive techniques can only be used when there are possibilities of success and when they do not pose a serious risk to the health of the patient.

The IVF law in Spain does not allow for uterus transplants or the use of surrogates or gestational carriers.

While the law has not yet incorporated any mention of ROPA techniques, this is also offered in Spain. The ROPA method is used when women in a same-sex relationship want to share parenthood, whereby one provides the egg and the other one carries the baby.

What is the law on PGD and PGS testing?

Preimplantation Genetic Diagnosis or PGD is when the embryos are tested for specific inherited genetic issues such as cystic fibrosis. PGS also referred to as PGT-A is Preimplantation Genetic Screening or Testing and tests to see whether the embryo is genetically normal. The second one is typically used for women over the age of 35 or for those who have had multiple implantation failures or miscarriages.

Both types of tests are legal in Spain, however, the IVF law prohibits these tests to allow for selecting the sex of the baby or for physical characteristics. In some countries, such as the US for example, it’s very common to find out the sex of the embryo when these tests are carried out.

What are the rules for IVF in public health care?

Assisted reproduction techniques such as IVF and artificial semination are available through the public health care system in Spain, however, out of the more than 400 fertility centres in Spain only between 10 and 20 percent are public centres.

This means that there are also long waitlists for reproductive techniques through the public system, as well as stricter rules. According to the latest data available, wait lists for IVF are just over one year, however, in many regions, this can go up to two years or longer. In fact, waiting much longer than this is not uncommon.

The government laws establish that the maximum age to undergo these treatments in the public health system is 40 years in the case of women and 55 years for men. This age limit drops to 38 in the case of insemination with a partner’s semen.

The state guarantees a maximum of three rounds of IVF, six if it is by artificial insemination with donor sperm and four if it is with a partner’s sperm.

Some regions in Spain, have their own rules however such as Madrid which raised the age to 45 and increased the number of rounds from two to four.

READ ALSO: Madrid raises age limit for women to have free IVF up to 45

What are the laws on egg and sperm donations?

The choice of the donor will only be made by a medical team and cannot be selected by the patients, however, doctors will try to match certain physical characteristics.

Yes, according to Article 11 of the law 14/2006 embryo donation or embryo adoption as it is commonly referred to is legal in Spain. Donations must be anonymous and altruistic.

A couple may wish to donate their embryos if they have a surplus and have already completed their family, while a couple or single woman may want to adopt an embryo if there have issues with their eggs or sperm.

What are the costs of IVF in Spain?

IVF is a costly process when you go privately, but prices in Spain can be almost half of those you would pay in the US for example. According to the IVF Abroad Patient’s Guide 2022 for IVF using your own eggs, the costs range from €3,600 to €6,700.

Medications for the injections are typically not included in these prices and can cost an extra €1,000 on top. 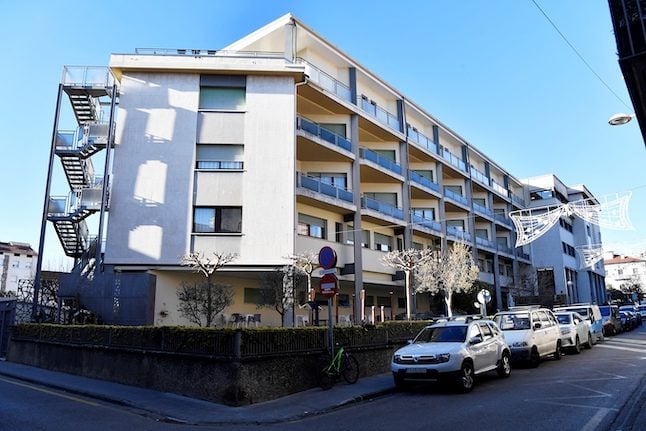