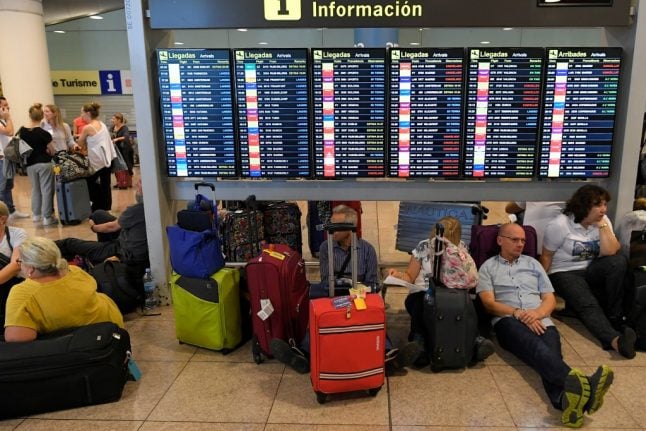 What has been the impact of coronavirus on tourism?

The death toll from coronavirus in Spain is rising as is the number of confirmed cases, but the Spanish government has sought to calm fears among tourists.

The Spanish government has voiced concern at the effect the outbreak might have on its tourism industry, which accounts for 14.8 percent of its gross national product. Some 18 million holidaymakers headed here last year, making it the second most popular destination in the world after France.

The tourism industry has already suffered “significant cancellations”, according to Jorge Marichal, president of the Spanish Confederation of Hotels and Tourist Apartments. He said reservations had fallen between 20 and 30 percent.

The worst affected areas are the Costa Brava, Costa Blanca, the Balearic Islands, the Canary Islands and Madrid. Hotel associations said reservations were down 24 percent in Madrid and about 20 percent in Barcelona though other tourist bodies said cancellations were lower.

However, the Spanish government is concerned about the economic damage which the outbreak could do.

Carmen Calvo, the deputy prime minister, told Radio Nacional de España: “This situation will continue for some time and we have a great deal of our GBP in tourism.”

Spain has not brought in any measures to restrict the movement of tourists except those confined to the H10 Costa Adeje Palace hotel in Tenerife where 700 holidaymakers were kept in their rooms after an Italian doctor tested positive for coronavirus last month. Some 643 have left after testing negative and 16 tested positive.

Are there any travel restrictions in place?

So far there are no travel restrictions anyway inside Spain or at the country's borders.

Some flights to the country have been cancelled but this is more due to airlines suffering a steep fall in demand for flights due to the impact of the virus.

In airports, there have been advisory literature posted for travellers to see about how to avoid contracting coronavirus but no restriction on travel.

On bus and rail travel no restrictions have been imposed.
However, the government has advised transport companies to reduce to the minimum the number of journeys to avoid the spread of the coronavirus.
Of course things could change rapidly and the government may draw up new measures that impact on travel.

What do other countries now advise?

Most countries have urged caution for those planning to visit Spain but have said the risk is moderate.

The US has advised that Spain has confirmed cases of COVID-19 within its borders but said the health authorities said the risk to public health was moderate.

Meanwhile the British government in its official advice said there had been confirmed cases of coronavirus but said the risk was moderate.

On the Foreign and Commonwealth Office website, it advised: “There is an ongoing outbreak of coronavirus (COVID-19) in China, but cases have been confirmed in other countries, including Spain. You should comply with any additional screening measures put in place by the authorities.

“The Spanish authorities are dealing with confirmed cases of coronavirus in the H10 Costa Adeje Palace Hotel in Tenerife. If you’re in this hotel, you should follow the advice of the local authorities.”

Many cases which have been diagnosed have been linked to recent travel to Italy, a country with which Spain has close economic and social ties.

The sharp rise in cases over the weekend in Spain has prompted suggestions that other countries may start taking measures to prevent Spaniards spreading coronavirus.

Fernando Simón, the head of health emergency in Spain, said: “Spain is a country of local transmission from cases which have been imported and in two zones we are not clear how the virus is being transmitted.

“This means that some countries could put Spain in the list of countries in which you have take precautions against its citizens.”

Make sure you check with your government before travelling to find out what restrictions you could face.

With Easter only three weeks away, a major tourist attraction will be the religious processions traditionally held in southern cities but these may be affected or cancelled.

It's worth noting that the World Health Organization (WHO) does not recommend that countries impose travel restrictions on affected areas, given that travel bans require valuable public resources to enforce and may discourage people from reporting new infections.

What do I need to know if I get ill in Spain?

The Health Ministry offers extensive advice which is available in English (the website is in Spanish but there is an app included which allows instant translation to English).

The main number for health advice on coronavirus is 112 and advice is available in English.

Health authorities say: “If you have been in areas of risk or have had close contact with someone infected, you must contact 112 who will organise a professional to meet you to take samples. It is better not to go to the emergency room of a hospital, because there they run risk of infecting people.”

According to the WHO, around 80 percent of people who contract the new coronavirus recover without needing special treatment.

Around 1 out of every six people who gets COVID-19 becomes seriously ill and develops difficulty breathing. Older people and those with underlying medical problems like high blood pressure, heart problems or diabetes, are more likely to develop serious illness.

Only around 3.4 percent of people with the disease have died.

TRAVEL
Ten of the most amazing bike routes in Spain
Url copied to clipboard!