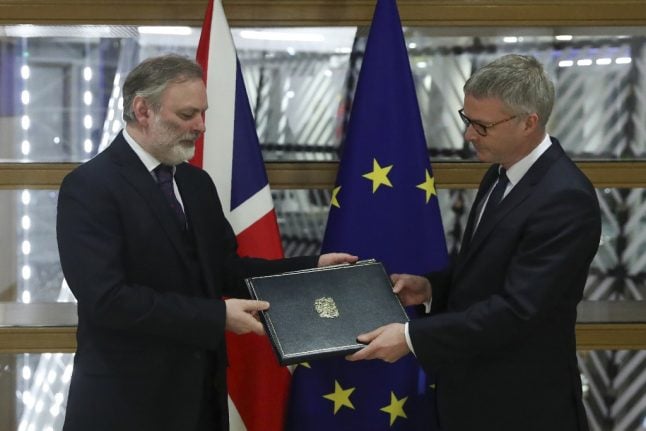 As everyone – hopefully – knows by now, the Withdrawal Agreement (WA) is now in force as an international treaty, and your rights under it are guaranteed for your lifetime as long as you continue to fulfil the conditions under the WA.

That’s all to the good, and much of the uncertainty that’s plagued British people in France for well over three years is now a thing of the past.

But (isn’t there always a ‘but’?) it’s not all good news, it’s not all plain sailing, and we’re not completely over the line yet.

In this article we look at why not; we’ll start by looking at what the WA doesn’t cover, before moving on to look at some of the challenges that lie ahead during the implementation period and what France Rights and British in Europe will be doing about those challenges.

READ ALSO Brexit Withdrawal Agreement – what is it and does it cover me? What’s not covered by the WA?

Freedom of movement includes the ability to move, reside and work in EU27 countries other than your country of residence/frontier working, as well as other rights such as automatic visa-free travel. Our current rights of free movement end at the end of the transition period.

Any continued rights to move within the EU would be determined by the future relationship negotiations between UK and EU. As things stand at present, you will be able to spend no more than 90 days in every 180 days outside your host country and within the Schengen area, without applying for a visa or residence.

This is an important issue for many and is likely to affect livelihoods.

Currently, if you have a registered business providing services (for example, as an architect or tour guide) in France, you have the right to offer those services in another EU country without setting up a company or branch there.

However, the loss of free movement rights will also mean that you don’t have an automatic right to work cross-border or offer these cross-border services in other EU countries that you have currently, unless you meet the conditions (which are quite restrictive) as a frontier worker.

The basis on which you might be able to do this in future will depend on what services you are offering, whether you have to provide them physically in (ie by travelling to) the other EU country, as well generally on national rules in France and the countries where you wish to provide services. This is a complicated area and you will need to research and obtain advice on your individual case.

If you're currently registered as an EU lawyer practising under your home title (England and Wales, Scotland or Northern Ireland), your continuing right to do this will not be covered by the WA, unless the local bar in France decides otherwise.

If you’re currently practising under your home title, you should consider applying to become registered in your host country as a host country lawyer before the end of the transition period and as soon as possible.

The recognition of EU-wide licences and certificates is not covered by the WA.

​The right to be joined by a future spouse or partner – ie one that you weren’t already in a relationship with at the end of the transition period. Any future spouse or partner who is not themselves an EU citizen would have to apply for residence under national immigration rules as a third country national, and would not acquire rights under the WA.

The right to return to the UK under the much more favourable EU law regime – you may know this as Surinder Singh rights – is not covered by the WA. This means that British nationals wanting to return to the UK with a non-British spouse or close family member will face and have to comply with UK national immigration law. This is a really important issue for those who may, for example, want to return to the UK to look after elderly parents and could lead to real dilemmas and difficult choices.

The new immigration rules on returning UK citizens that were published by the UK on September 9th 2019 provide a grace period in certain situations. You can find out more about this here.

Implementation challenges in France and across the EU27

The WA sets out in quite some detail which rights are covered, and in the case of residence rights also has a lot to say about how applications for residence permits should be dealt with administratively.

But – and it’s a pretty big but – the devil is in the implementation, and if the EU-wide implementation of the EU citizen's directive and the long term residence directive are anything to go by, there will be issues and inconsistencies across different states.

We’re just at the start of the process for many UK citizens living in the EU27 and a lot has to be done before everyone can feel confident about their status and post-Brexit lives.

For British in Europe and France Rights, monitoring the implementation of the WA in France and across the EU is our number one priority for at least the rest of 2020, and possibly beyond.

The working relationships we’ve forged with the European Commission and Parliament, the UK government, the Foreign Office (which since the demise of DExEU is now responsible for looking after the implementation of the WA in all the EU countries) and embassies across the EU, as well as our contact with many thousands of British citizens across the EU will be invaluable in doing this.

These are some of the EU wide issues that we’ll be monitoring:

Is the WA being correctly transposed into national law?


Remember that France will be introducing a constitutive system, meaning that everyone will need to apply for a new status and a new carte de séjour, even if you hold one at the moment.

Here are some of the France-specific issues we’ll be monitoring:

We have a growing number of technical questions arising from the Withdrawal Agreement.

We hope that at least some of these will be answered in the Implementation Guidelines document due to be published by the European Commission this month; we’ll be analysing this when it’s published, and we’ll be pursuing unanswered or unclear questions with the Commission.

We’ll be pressing for the UK and EU to address the so-called out of scope issues left out of the WA in the future relationship negotiations.

We’ll also be calling on the UK government to restore citizens’ rights that are within their gift such as the right to return to the UK with non-British spouse/partner or close family members, home university fees for British nationals and votes for life.

We’ll be bringing any breaches of the WA by member states to the attention of the European Commission and the European Parliament.

We’ll continue to raise the issues of working people and in particular of young Britons, who face disadvantage in so many ways.

Kalba Meadows works with France Rights and British in Europe, both volunteer-run organisations dedicated to protecting the rights of British people living in the EU. She adds: “If you’ve found these articles helpful and you’d like to support us in continuing to defend your rights and tackling this mammoth jobs list going forward, please help us by making a donation to our fighting fund, here. Every donation, however small, helps and is very much appreciated.”

For more on the practical details of life after Brexit, head to our Dealing with Brexit section.