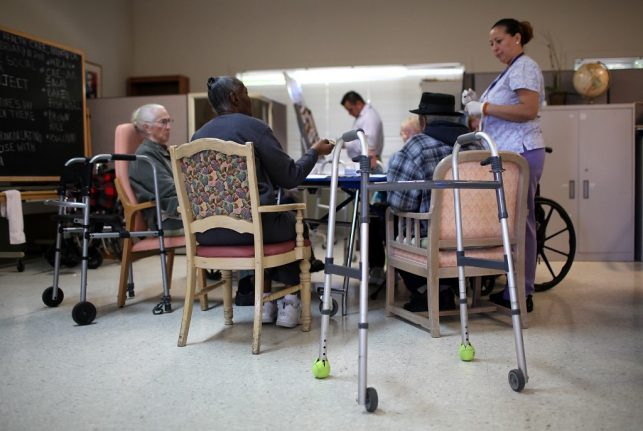 Madrid regional government is drawing up the plans after a 76-year-old man, who was a resident of a home in Valdemoro, died from the virus.

Twenty other residents have been diagnosed and four of these are in intensive care in hospital.

Another 99-year-old woman who was a resident of a nursing home in Madrid died on Thursday.

The Spanish capital has the highest number of cases of Covid-19 at 91 on Friday.

A 69-year-old died at a residential home on February 13. At first it was thought pneumonia was the cause but tests later proved he died from the virus.

The spread of Covid-19 continues to affect the Spanish economy, with the stock exchange falling 3 per cent by 9am GMT.

Las Fallas, one of the major festivals in Spain is held every March in Valencia.

However, hoteliers groups said there had been a high level of cancellations as people feared attending a large gathering in case they contracted the virus.

Two major food fairs, Alimentaria and the Salon de Gourmets, have been delayed until later in the year.

Iberia Airlines has cancelled all flights from Madrid to Shanghai until the end of April.

READ ALSO: What's the latest on coronavirus in Spain and what do I need to know?