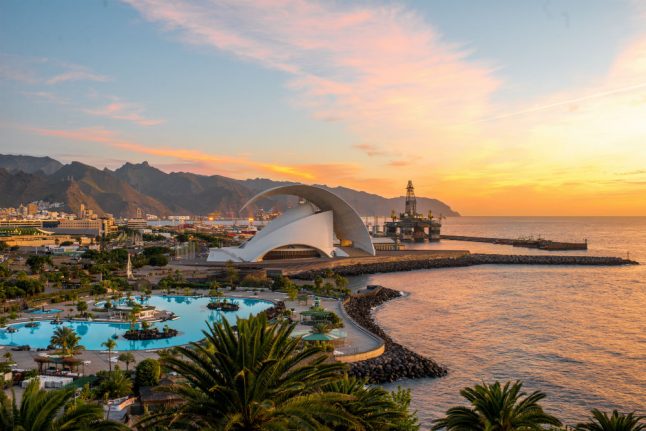 However the Spanish archipelago off the west African coast is proving an attractive destination to more than just tourists. During film of Vacaciones con amigos. Photo by Daniell Bohnhof

Some films made on the islands recently include  Jason Bourne, starring Matt Damon, Allied, with Marion Cotillard, Clash of the Titans and The Wrath of the Titans, starring Rosamund Pike, Ralph Fiennes and Liam Neeson.

Because in an industry in which shooting film costs millions, the financial incentives to working in the Canaries are generous. Film makers stand to benefit from a corporate tax rate of 4 percent compared with the European Union average of 22.5 percent.

To add to that, there is a cash-back scheme which means film companies can claim back between 30-40 percent of the cost of their investments from the Spanish government.

This is not because the Canary Islands are a tax haven, but because they are classified by the European Union as an Outermost Region so merit these fiscal advantages. Companies involved in the renewable energy sector can also qualify for the same low tax rates, that are designed to diversify the islands' economy away from tourism.

For the renewable sector this is a particularly good perk.

The islands enjoy 2,500 hours of sunshine per year, which means almost seven hours per day all year long. Photovoltaic installations operate for more than 1,700 hours per year.

The archipelago is battered by Trade Winds with average speeds of 6 to 8 m/s, which make wind farm yields between 3,000 and 4,500 equivalent hours.

As these are volcanic islands, geothermal is another form of energy which is undergoing research on the islands. Experts hope that the Canary Islands may before too long become self-sufficient in renewable energy.

El Hierro, the smallest of the Canary Islands, is close to becoming the first island in the world to become fully self-sufficient for renewable electrical energy.

To achieve this, the 268-square-kilometre island has installed five wind turbines, two water deposits, four hydraulic turbines and a pumping station in order to make the energy it requires, even when the wind is not blowing.

Gran Canaria, a much bigger and more populated island, is already moving forward to install a similar system. Another plus are the islands' geographic closeness to Africa which also makes the archipelago a unique stepping stone to operate in the neighbouring continent.

Rolls Royce repairs oil rigs in the islands instead of shipping them back to continental Europe, which is more costly. For the tech start-ups and R&D companies, the generous tax environment make it an attractive place to invest.

In the post-Brexit world, British companies may want to keep a toe-hold in Europe and the Canary Islands offer a good quality of life plus a pro-business environmennt.

There are at least 400 flights from the UK per week, some from minor British airports, so the islands are well connected.

And for those with families looking to relocate from Britiain to keep a foothold in Europe, the Canary Islands offers an established British community with a series of international schools and a welcome face for anyone who does not speak Spanish. Elena Mañez, the Canary Islands' economy and employment minister, said: “The islands are, without any doubt, one of the most attractive places to invest in Europe today, not only for our best-in-class tax incentives, but also for natural conditions, top safety and unique capacity to attract and retain talent.”