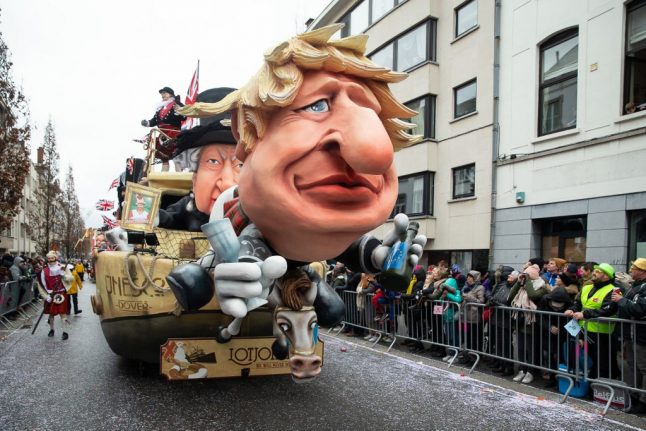 This week, we will finally witness the start of the Brexit trade deal negotiations, following the publication of both sides’ negotiating demands.

UK negotiators arrive in Brussels today to kick-start the negotiation process. While both sides claim a strong mandate for their demands, clearly the EU and the UK have different definitions for the word ‘strong’.

The EU proposals have been agreed across 27 countries, no doubt with significant transparency and debate. The UK ‘mandate’, on the other hand, has likely been discussed by a handful of cabinet ministers only and has not been agreed by UK parliament.

A major point of contention is UK alignment with EU standards and regulations, whether they concern the environment, workers’ rights, animal welfare or food safety. Boris Johnson has stated repeatedly that he won’t sign up to a “level playing field”. Instead, he would rather sacrifice a deal altogether than align with the EU, regardless of the potential damage to the country.

Johnson argues that UK standards would match, or exceed, existing EU standards, yet he refuses to protect these standards in UK law. Instead, the country must take his word for it. With his record of U-turns and downright lies to parliament and the British public, a certain amount of public scepticism and disbelief is understandable.

Apart from the lack of a parliamentary mandate for his proposals, Johnson is also ignoring the wishes of the British public. In a recent poll, conducted by Best for Britain, only 10 percent of voters wanted to abandon EU regulations.

Caroline Lucas, Green MP, said that the forthcoming environmental bill “is so riddled with holes that I fear we face years of backsliding with nature becoming a distant after-thought”.

No doubt, similar concerns will be raised by MPs about further government bills concerning regulations and standards in other areas. Meanwhile, the government will continue to insist that the public voted for whatever it is currently proposing, even if it looks rather different from what we supposedly voted for last week, last month or last year. Or, indeed, four years ago.

When the first stage of the Brexit process and the contents of the Withdrawal Agreement were finalised, Johnson signed up to the Political Declaration. The Withdrawal Agreement is a legally binding treaty, but the Political Declaration carries no such legal weight. It was, however, seen as the ground rules for a future trade deal, and was agreed in good faith by both sides.

Of the commitments ‘agreed’ to by Johnson, he’s already suggesting he’ll renege on his obligations regarding Northern Ireland border issues, fishing rights and state aid.

If you are confused on the latest UK government position with regards to checks on the Irish border, join the club! Even the cabinet is inconsistent, with ministers regularly contradicting one another. I’d explain the latest government thinking, but it might be out-of-date before publication!

On Thursday, the UK government stated its intention to walk away from the negotiations if its demands aren’t met by June. When the world is telling us a trade deal before December is practically unobtainable, what can possibly be gained by reducing that short time frame by a further six months?

Michel Barnier expressed surprise that no instructions about checks have yet been issued to UK airports and seaports. The EU, by comparison, has been preparing for a damaging ‘no-trade-deal’ Brexit for months, if not years.

The EU has remained clear and consistent throughout the negotiations. Despite the right-wing press getting worked up about every last comment, EU negotiators aren’t saying anything new. The UK can only have access to EU markets by aligning with EU rules, including the UK financial sector. It’s not rocket science.

I don’t profess to know the outcome of the negotiations, but I’ll make a few predictions.

Brexit will continue to cost the UK billions, making the contributions it has already made – for the numerous benefits we received – pale into insignificance.

The EU will want to protect its members and its integrity. This will be done with professionalism, honesty and transparency that will reassure and encourage members to stick together and hold firm.

The UK will continue with its bluster, fantastical demands and foot-stomping, as the government shows more interest in power plays and posturing than protecting the nation. Expect the blame game to continue. Nothing will be the UK’s fault.

When in doubt, and when you know you are in the wrong, those who never accept responsibility for anything will do what they always do – get their excuses in early.