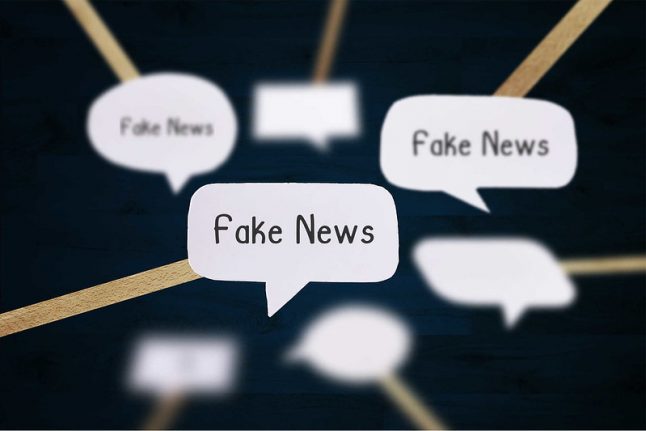 The video, which shows several students overturning desks and insulting a teacher, was in fact filmed in May at a school in Brazil in Sao Paulo state, AFP's fact-checking team established in September.

The woman, who lives near Barcelona, posted the video on Twitter in June along with a message claiming it was filmed in a school in Spain for migrant minors who had “entered Spain illegally”, according to the lawsuit filed by the public prosecutor's office in Barcelona last month which has only now been made public.

“I beg you to spread it so Spain becomes aware once and for all how grateful are those who we welcome,” she added in her tweet according to the lawsuit.

The woman, who has been identified by police, “intended to link violence in the classroom with unaccompanied minors from other nations who come to our country, in order to denigrate them,” the lawsuit added.

A judge at a court in Sant Feliu de Llobregat near Barcelona will now have to decide whether or not to accept the lawsuit. Public prosecutors can appeal if the judge decides against hearing the case.

The lawsuit is based on an article of Spain's criminal code which calls for a jail sentence of between six months to two years for people found guilty of “compromising the dignity” of a group “though acts based on humiliation, contempt and discredit”.