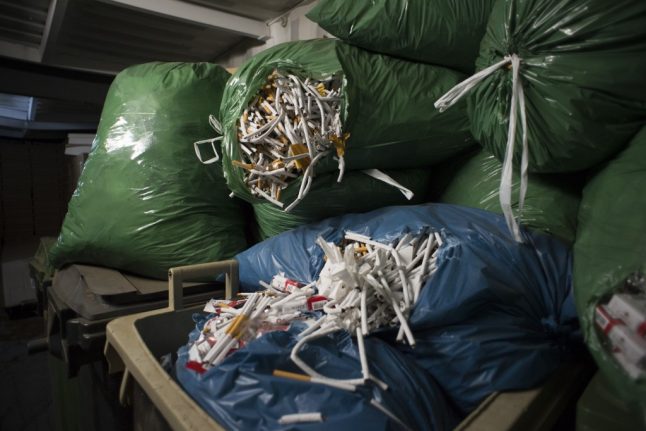 Both Europol and Spanish police said it was the first underground counterfeit cigarette factory to be found in the European Union.

Police discovered the factory under some horse stables, complete with beds and living quarters, which could produce more than 3,500 cigarettes an hour, last week in the town of Moran in the southern province of Malaga, they said in separate statements. “When officers entered the undercover factory, they found six workers inside who were having serious difficulties breathing” because the electric generator that was used to pump air into the bunker had run out of gas, the Spanish police statement said.

Police had arrested 20 people,, including 11 Britons, who are suspected of running the operation early on February 13th and none of the suspects told officers that still six Ukrainian workers were still  locked inside it, leaving them “abandoned to their fate”, it added.

“When they noticed the lack of air, they headed to the exit of the 'bunker', which was blocked from the outside, leading them to start screaming and banging on the container blocking the exit, but officers on the surface could not hear their calls for help because the installation was soundproof.” Officers eventually found the entrance to the underground factory in the evening when they moved the container which was hiding its entrances a few metres and rescued the workers. Among those arrested was one of the suspected ringleaders, a 30-year-old British national identified only by his initials D.D. who was on the run from British authorities after he failed to return from a prison furlough.

He was named in the UK press asDaniel Dobbs, a convicted drug trafficker wanted in the UK after escaping from Hatfield Lakes prison in South Yorkshire two years ago.

Europol said workers were forced to work in the underground factory “in extremely dangerous and toxic conditions” and were “not allowed to leave the facility on their own, and no emergency security was in place.”

It suspects the criminal group distributed the cigarettes made there on the European black market.