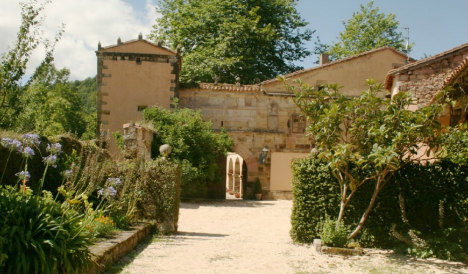 Why not holiday in a Spanish palace this summer? Photo: homeaway.com Vallgornera castle is a six-bedroom, four-bathroom former fortress in the village of Peralada in Catalonia. The castle sleeps 12 people and for €300 a night, you could be transported back to the 13th century in this lovingly restored slice of Spanish history. Casa Palacio San Jose III is a 17th century building which was beautifully restored in 1993 by Rafael Manzano, the first and only Spanish architect to win the prestigious Richard H. Driehaus prize for classic architecture. This two-bedroom apartment boasts a beautiful roof terrace with views over Seville's rooftops as well as an interior patio, complete with fountain, Roman pillars and individual balconies. This light-filled space is the perfect place in which to escape the heat during the summer months. From €190 per night, why not sleep in style the next time you visit Seville? This six-bedroom converted Palacio de Maravalles is set over three spacious floors that include an indoor heated pool and its own chapel and cinema. Just a stone's throw away from the town of Villaviciosa, with breathtaking views of the lush Asturian countryside, this could be a perfect getaway for a group of family and friends for around €2000 a night for the whole property. Villa Moritos was originally a 16th century conquistador's mansion and is surrounded by beautiful gardens full of jasmine, blue plumbago and a large outdoor seating terrace under a canopy of wisteria. Live the life of a conquistador for just over €3,400 per week. This six-bedroom finca has the breaktaking backdrop of the Tramuntana mountains and is located just outside the lovely village of Sóller. It has its own pool and tennis court and covered outdoor dining area and could be yours for around €750 a night. Modelled on Granada's Moorish fortress, the little Alhambra comprises three independent houses, two swimming pools, four terraces and, for all those foodies, TWO kitchens. Located near the Moorish town of Frigiliana in Malaga, the fortress sleeps 16 guests and could be yours for €360 a night.

Palacio de Hualle is surrounded by lush green gardens and even has its own little chapel. The palacio is located near Comillas, in Cantabria on the wild northern coast of Spain and some of the country's most beautiful beaches are just a ten-minute drive away. The seven-bedroom property sleeps 12 and can be rented for €286 a night.