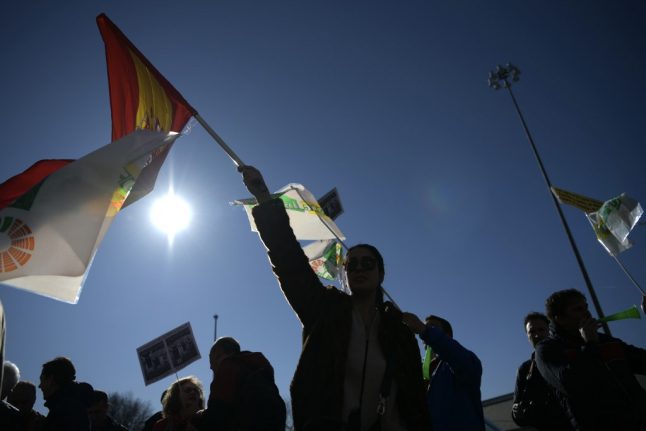 Tired of selling his cabbage for just 25 cents a kilo, Mariano Gonzalez joined other farmers in a demonstration on Wednesday in Madrid against low prices paid by retailers for their crops.

“The prices are not fair,” he said, echoing a complaint made by many farmers as a wave of protest sweeps across the country.

Gonzalez, 38, uses a sickle in the open fields to harvest cabbage about 20 kilometres (nine miles) south of Madrid with the help of his 73-year-old father, who is also named Mariano (both pictured below). Farmers have grown chard, cabbage and cauliflower for decades on the outskirts of the industrial town of Fuenlabrada but the younger Gonzalez said it is tough to survive now because profitability is so low.

“The farmers who are left are about to retire, the few young people like me earn little and the prices paid take away your desire to work,” the member of the union of small farmers (UPA) said.

His father added that often “it is not even worth harvesting” the cabbage which are bought for just 20-25 cents a kilo when the “fair price would be double that”. A small cabbage at a supermarket in Fuenlabrada sells for €1.50 ($1.70).

According to UPA figures, farmers earn €179 euros for a tonne of wheat — less than they were paid 20 years ago — and get just 15 cents per kilo of potatoes that sell for €1.20 a kilo in stores.

Angry farmers, several on their tractors, gathered Tuesday outside of Fuenlabrada's town hall, which is near a supermarket.

Angel Gonzalez Romeral, a 64-year-old farmer with a trimmed white beard, demanded that the government establish a “base price” for each product that would ensure producers can earn a living.

Otherwise he argued “family farms will all disappear, only the farms which are in fact industrial platforms will remain” as in Almeria, a southern Spanish region that is home to a huge expanse of greenhouses that produce crops for export across Europe.

Spain's three main unions — Asaja, COAG and UPA — launched at the end of January a rare joint wave of protests across the country. “The imbalance in the agrifood chain means that a few large retailers and industrialists are powerful in front of numerous weak farmers,” the unions said in a joint statement that railed against “abusive and unfair commercial practices”.

In Madrid, hundreds of farmers blew whistles and shook bells outside the agriculture ministry.

Pedro Lopez, a 74-year-old farmer who owns 3,000 olive trees in the southwestern region of Andalusia, drove more than 300 kilometres (190 miles) to attend the rally.

“With the pitiful prices we are paid, 27 cents a kilo, it costs more to collect the olives than to leave them on the tree,” he said.

The far-right party Vox is trying to tap into the malaise of Spain's increasingly depopulated countryside, but when its leader Santiago Abascal (below) turned up at the rally in Madrid he was told to “go away”. Spain's biggest agricultural union, Asaja, which is seen as conservative, said a fresh increase in the country's minimum wage approved by Socialist Prime Minister Pedro Sanchez was the “straw that broke the camel's back”.

That position was rejected by the leftist UPA union however.

“We do not blame the minimum wage but low prices,” its secretary general, Lorenzo Ramos, told AFP.

The Spanish government swiftly opened discussions with farmers on Monday to address their concerns.

“The huge middle class of Spanish farmers and livestock breeders needs price support and the CAP to survive,” Agriculture Minister Luis Planas said Wednesday in a reference to the European Union's Common Agriculture Policy which gives many farmers subsidies.

His ministry promised measures to support the most affected sectors such as fruit, vegetable and olive oil production. Spain is world's leading producer of olive oil. 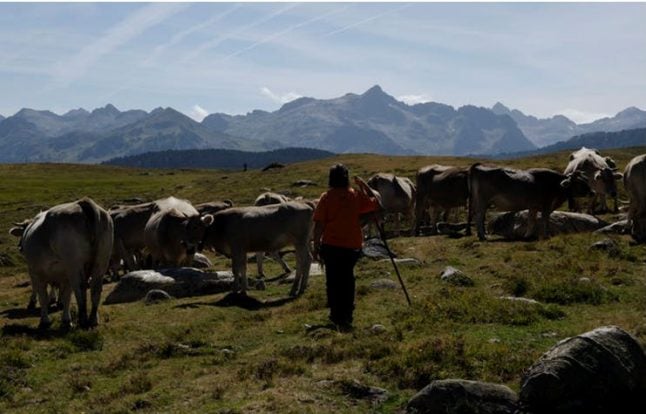 FARMING
Taking back the hills: a tale of women, rights and lands in the Catalan Pyrenees 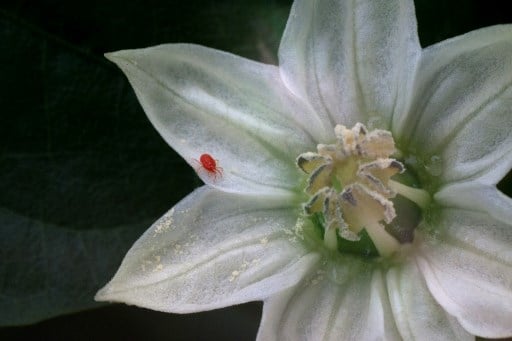 FARMING
Taking back the hills: a tale of women, rights and lands in the Catalan Pyrenees

FARMING
How farmers are using insects instead of pesticides in Spain’s ‘Sea of Plastic’
Url copied to clipboard!