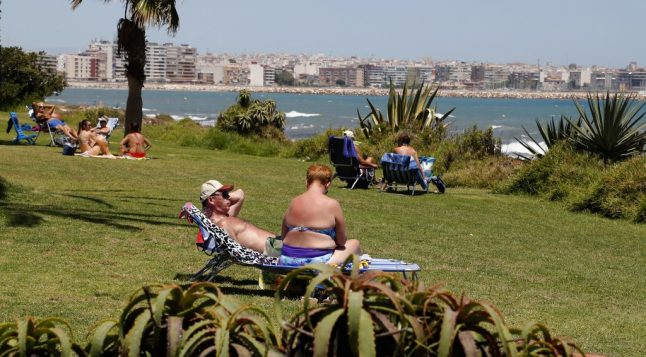 “It is worrying what happens now,” said Karen Watling, 73, who moved to the Orihuela Costa in Alicante province with her husband after she retired from her teaching job in central England 17 years ago.

Like many other British retirees in the region, dubbed “Little Britain” because of its huge British population, she is relieved that Britons already living legally in Spain have been guaranteed access to the country's public healthcare system after Brexit.

But she worries Brexit will hurt the British economy and further erode the value of the pound, which has slumped since Britain voted in June 2016 to leave the European Union, cutting her pension once it is converted to euros.

“We have really lost a fair bit of money over the past three years and that could get better, that could get worse. We really don't know,” said Watling, adding that many Brits in the area were already eating out less because of the
weaker pound.

She and her husband are also concerned about declining property values in the region, in part due to lower demand from British buyers because of the weaker pound and Brexit uncertainty.

The couple sold their home in the UK to buy their three-bedroom house with a swimming pool in Orihuela Costa and now “have nowhere to go back to” if life became unviable in Spain.

“If we sold here we would probably not get anywhere near what we paid for this house,” Watling said, echoing the concern of other British retirees interviewed by AFP in the region. Spain is home to around 370,000 Britons — more than any other EU country. Many are pensioners, drawn by Spain's warmer climate and much cheaper cost of living.

Orihuela Costa, a sprawl of dozens of large housing estates with low-rise pastel-coloured buildings about 110 kilometres (70 miles) down the Costa Blanca from the resort of Benidorm, is one of the largest British enclaves in
Spain.

Britons account for around 8,000 of its population of some 28,000, according to municipal statistics.

Supermarkets stock British staples such as baked beans, news agents only sell British newspapers and pubs with names like “The Randy Leprechaun” and “The Celtic Drop” line its well-kept streets.

But after Brexit, Britons will no longer have the automatic right to set up home in Spain and business owners in Orihuela Costa fear fewer British pensioners will move to the area.

“All of my clients are Brits, if less come over, that is a worry,” said Gemma Cobbett, 36, who runs a beauty shop in the Playa Flamenca area of Orihuela Costa.

The British, however, still remain by far the biggest group of foreign buyers.

Mark Stucklin, the head of Spanish Property Insight, a property information website, said he was “really surprised” how well British demand had stood up since the referendum.

“I thought it would be absolutely decimated,” he said.

The loss of freedom of movement is the main concern for the numerous young Brits who work in the bars, estate agents and other businesses in Orihuela Costa.

“I am still young. I had thought of going to Greece at some point but that seems more complicated now,” said Mike Watkins, a 26-year-old bartender from Leicester, central England, as he sunbathed on the beach before starting his shift at a pub.

“I feel like I have less opportunities now than I did before,” he added.

Some Britons though shrugged off Brexit concerns, arguing it was in both Madrid and London's interests to ensure British pensioners stayed in Spain.

“If life out here for expats like myself got more difficult and we decided to go home, that would devastate the Spanish economy,” said Malcolm Cavendish, a 76-year-old retired butcher who moved to Orihuela Costa nearly 17 years ago and who voted for Brexit.

“And it would make a mess of things back in the UK because the UK couldn't cope.” 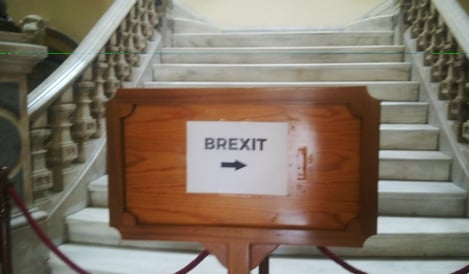 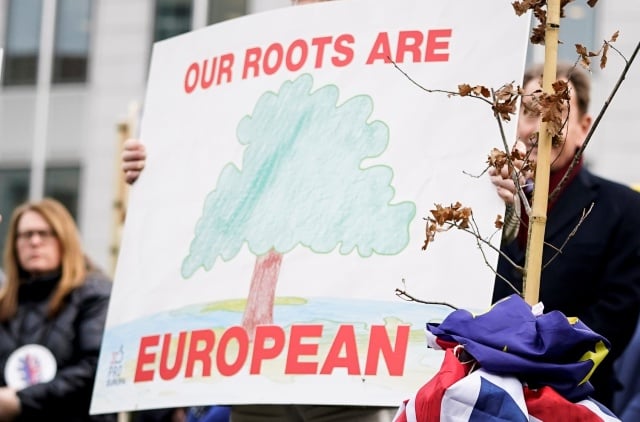 EUROPE
The Local’s view: Most Brits in Europe didn’t ask for Brexit, but now we have to make it work

EUROPE
The Local’s view: Most Brits in Europe didn’t ask for Brexit, but now we have to make it work
Url copied to clipboard!