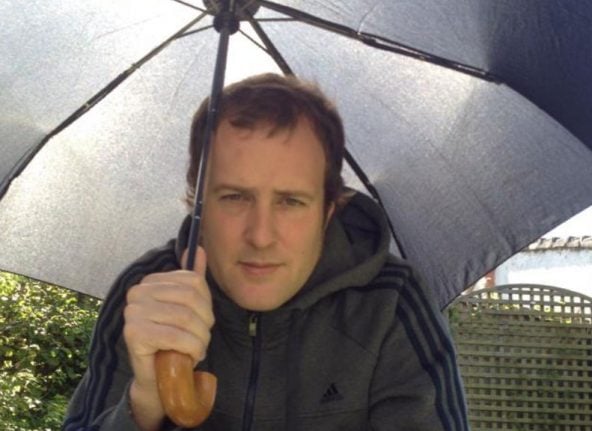 Tim Appleton accepts Brexit will make his life harder but thinks it's for the greater good. Photo: T Appleton

The title of one of Nietzsche’s most famous books is usually translated into English as Untimely Meditations. I wonder whether there’s a better example of an “untimely meditation” than publishing a book – that defends Brexit in the very week that Brexit itself is taking place.

Even if there were broad agreement on the subject (which, famously, there isn’t), it might not seem entirely necessary to publish such a text in the same week that the decision was coming to fruition. Hence the controversy surrounding the ringing of church bells in Britain, to mark the occasion, or the issuing of daft commemorative 50 pence pieces. It just looks rude.

Even more so if one is (as I am) seemingly enjoying the benefits of EU membership by living in the EU itself: the many job possibilities, the opportunity to develop your skills, the sheer exoticism of the experience.

In truth, this situation has been a constant source of confusion between me and some of my British associates.

I have heard people say that they don’t begin to understand how I could defend Brexit whilst living in Spain. This sort of attitude is what explains the long-running series of reports on British TV, where liberal journalists snickeringly interview British ex-pats who live on, say, the Costa del Sol and voted to leave the EU.

Obviously, if you live on the Costa del Sol and you voted Brexit because of fears over immigration, then the snickering is probably justified.
READ ALSO:

On the other hand, what better reminder of the fact that the personal is not necessarily political?

In other words, it should be possible to separate one’s feelings about the politics of Brexit from the huff and puff that is involved in having to change certain living habits. Perhaps in this case, however, one could posit an indirect connection between the two things, which actually points to a more profound truth about politics in general.

What’s the connection? Simply this: those of us who support Brexit think the principle is worthy of some personal inconvenience, while those who don’t have decided to be offended by any change in their day to day lives that it might require them to make. Why is this point so important?

What I find interesting here is that this is not the way in which the pro-Brexit/anti-Brexit division is usually presented. It is frequently asserted that supporting Brexit is a sign of conservatism, whilst being against it is a sign of progressivism.

This seems counterintuitive, however. Isn’t the very definition of conservatism that of supporting the status quo, whilst progressivism is defined by a commitment to social change? Brexit seems to invert this logic. Here we do indeed get to the heart of the matter.

For we Brexiteers, Brexit most definitely does not involve supporting the status quo. It represents a great and important change. Why do we think it is necessary? Many of us simply think that it is important to begin to drive a stake through the heart of this – badly-named – European Union.

Why should we do such a thing? After all, if one saw things, again, in purely apolitical terms, it would seem to be a rather hateful thing to wish for. However, many of us perceive such a gesture to be a profound act of solidarity with our European brethren.

This is not simply a macroeconomic question, although the macroeconomic picture is certainly bad for the vast majority of European citizens; it also has to do with the way in which the EU has been skewed from the very beginning in favour of the powerful countries of the continent and against the less powerful ones.

Those countries (like Britain) who mercifully avoided joining the euro have not felt the full brunt of this, but those who are in the eurozone appear to be trapped in a prison of economic austerity that they will only be able to escape from if they destroy the edifice itself.

If Spanish governments, for example, consider that 50 percent youth unemployment is a price worth paying to keep prices of consumer goods low in Germany, it won’t be surprising when they are inevitably replaced, at some point, by politicians who indeed talk the language of change but really have in mind a violent culturalist regression, i.e. the extreme right.

Since, moreover, the less powerful countries of the bloc have been sold the lie that this process has been in their own interest, people like me feel it is doubly important for some country to give an empirical example of how it is possible to leave.

At one point, it looked like this would be the prerogative of Greece, but in the end, predictably, the Greek political class refused to take the necessary step. If, therefore, it is indeed a matter of bringing down the building, it seems that it has fallen to Britain to start the process.

The British may even have to endure some temporary economic hardship in order to achieve such a result. This only underlines that it can be seen as a solidaristic act. In sum, for Brexiteers like me, there is nothing conservative at all in Brexit. It represents a profound political change – more so in that it is to the benefit of all the citizens of the continent -, that is certainly worth making.

Timothy Appleton has lived in Madrid for 15 years. He is a lecturer in the Camilo José Cela University, editor of the magazine #lacanemancipa and author of the book “Escupir en la iglesia: un sí de izquierdas al Brexit”, (“Spitting in church: a left-wing yes to Brexit”) which is published on January 31st. You can buy it  direct from the publisher HERE.