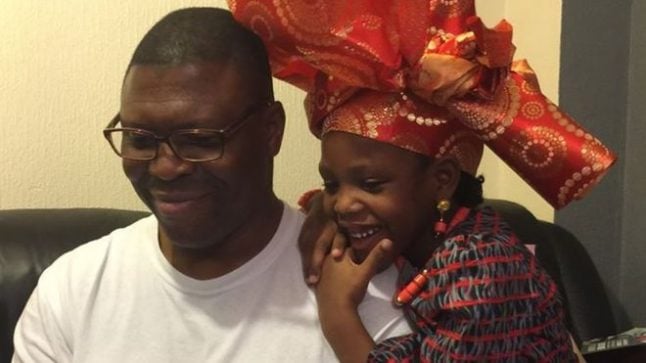 The tragedy took place on Christmas Eve as the family of five was holidaying at Club La Costa World in the southern Spanish resort of Mijas.

“The three of them knew how to swim,” said Ms Olubunmi Diya in a statement published on Friday (Dec 27) by the family's London-based church on Facebook, adding that the whole family was present when the incident happened.

“The children went into the pool using the steps but found themselves dragged into the middle, which was deeper and called for help when they could not get out,” she said, describing how her husband then entered the water to help them.

“I believe something was wrong with the pool that must have made swimming difficult for them at that point in time.”

“We are deeply shocked, saddened and struggling to come to terms with their passing,” Ms Olubunmi Diya added.

Sources close to the Spanish investigation had earlier said that a surviving sister had told police that the three did not how to swim.

In a statement, Club La Costa World said police had carried out a full investigation and given “formal permission to reopen the pool as they found no concerns relating to the pool or procedures in place”.

“This was a tragic accident which has left everyone surrounding the incident in shock,” it said, expressing concern for the care and support of the surviving family members and asking that their privacy be respected.

CLC World also said the mother's claims about the swimming pool were “directly at odds with the findings of the police report”.

“This makes clear that their exhaustive investigations have confirmed the pool was working normally and there was no malfunction of any kind,” it said in a statement, expressing sympathy for the family at such “a stressful and desperately upsetting time”.

Police investigators were not immediately available to comment on the mother's remarks but had on Friday released a report concluding they died due to a “lack of proficiency” in swimming.

“All the tests carried out until now, including the statements by the other two members of the family who were the only witnesses of the incident, indicate a tragic accident caused by the victims' lack of proficiency in swimming when they entered the deep area of the pool where they were out of their depth,” it said.

Investigators said all three children had been playing in the shallow area of the pool as their parents sunbathed nearby but when the 14-year-old sister got out, she saw her little sister getting into trouble after she moved into the deep area.

Her older brother tried to help but also struggled to get out of the deeper waters, so she quickly told her parents.

Her mother ran for help as the father got into to save the pair — “an action which wasn't possible because he didn't know how to swim”, the police said.

Despite efforts to revive them when they were pulled out, all three died.

Police carried out various tests on the water filtration system, examining its motors and valves and “didn't find any irregularity”.

They also took water samples which are currently being analysed.

“The autopsy showed they died of drowning, ruling out in principle any type of chemical intoxication. Also, the bodies showed no sign of blows or scratches which could have been caused by the pool's mechanism.”

The pool reopened on Thursday, with the resort saying it had been given “formal permission” by the police who, after running a full investigation, had found “no concerns relating to the pool or procedures in place”.

In a statement, the Redeemed Christian Church of God said Gabriel Diya had led one of its churches in Charlton in southeast London, describing him as “a humble, friendly and committed pastor” who was a “loving husband and devoted
father”.

It said it was offering care and support to his widow and to his surviving daughter, Favour.