In the run up to Christmas, The Local explains the unique history behind Spanish traditions in our own Advent calendar.

Every culture has a particular food associated with the holidays and in Spain there is nothing more typically festive then the Roscón de Reyes.

Each year, El Corte Inglés promises an even greater prize. The Spanish department store traditionally hides one gram gold ingots in 1000 of its cakes sold in the run up to Epiphany, each ingot with an estimated value of around €50.

It has also included three special prizes of a gold ingot weighing an ounce with a value of over €1,000.

El Corte Inglés expects to sell an estimated 600,000 roscones at its stores across Spain this year, in 25 different varieties.

But the department store isn’t the only merchant to offer the promise of riches with each bite of cake.

Across Spain, patisseries hide prizes within their roscónes.

This year, the best seller promises to be a version created by Spanish Michelin-starred chef and Masterchef winner, Carlos Maldonado produced for Lidl supermarkets and for sale at €5.99 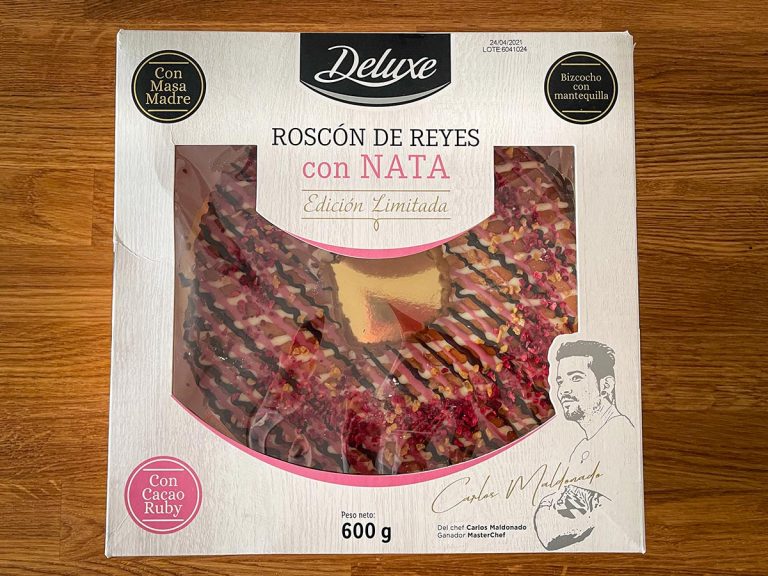 The traditional sweet dough of a Roscón is scented with orange blossom and can be served with cream but is best when dunked into steaming mug of rich hot chocolate after an evening watching the Cabalgata – the lavish parades held across Spain on January 5th when the Three Kings distribute sweets and presents to children.

Although this year thanks to Covid-19 there are no cabalgatas, that doesn't mean you should miss out on trying the special cake.

Local bakeries make their own versions and you will often see long queues outside as people line up to buy their favourite.