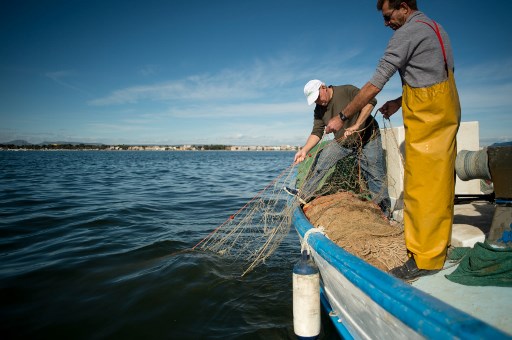 Pictures by Jorge Guerrero and video by Maud Watine

A fisherman all his life, this 50-year-old father-of-three grew up along the shores of the so-called Small Sea in the southeastern coastal region of Murcia, casting out his nets to bring in a catch to support his family.

It had been a very good year for him, his small boat bringing in about 100 kilos per day. But that all changed on October 12th when millions of fish and crustaceans washed up on the Mar Menor's northern shores, dead or dying.

“It is the worst thing that can happen to a fisherman, the worst thing your eyes can see — a catastrophe,” he recalled heavily. “It was like someone was dying, as if you yourself were dying.”

Many people were in tears that day as the Mar Menor spat out the sealife that had been thriving there, in a huge blow to this coastal lagoon whose warm climate and sandy beaches have proven a major tourism draw, earning it the nickname “the jewel in the crown”.

Beneath the calm of one of Europe's largest saltwater lagoons, whose coastline stretches some 70 kilometres (45 miles), a toxic storm has long been brewing, the product of years of nutrient pollution from intensive agriculture and rampant urban development.

Experts say the fish died of suffocation, caused by a phenomenon known as eutrophication, an environmental hazard that causes aquatic ecosystems to collapse due to a lack of oxygen in the water.

With scientists warning that global warming is set to increase such phenomena, it is a topic likely to be on the agenda at the UN climate change summit in Madrid.

'Chronicle of a death foretold'

“What happened in October was triggered by the high levels of contamination going into the lagoon over decades, predominantly from intensive agriculture,” said Oscar Esparza, head of Marine Protected Areas at World Wildlife Fund
(WWF) Spain.

For years, runoff water loaded with nitrates has entered the lagoon causing a vast bloom of algae which, as it died and began decomposing, decreased the amount of oxygen in the depths, creating a pocket of toxic anoxic — or oxygen-free — water that wiped out everything living there.

When a major storm hit in September, it triggered a process that saw the anoxic layer rising to the surface, forcing fish and crustaceans to flee for their lives.

READ ALSO: Satellite images reveal how the worst storms in Spain in 140 years have flooded the land

“What we saw went beyond the worst we could ever have imagined — death on a massive scale,” said Pedro Garcia, director of regional conservation organisation ANSE, warning it could happen again.

Nobody thought such a thing could happen in Mar Menor, but the scientific community had been warning about it for decades, Esparza said, describing it as “the chronicle of a death foretold.”

“The Campo de Cartagena is very warm in winter and can produce two, three or in some cases even four crops per year,” Garcia told AFP, saying such intensive agriculture “needs a large quantity of fertiliser”.

But agricultural groups insist they are not responsible for the crisis.

“The sector is not producing any type of contamination,” said Vicente Carrion, regional head of the COAG farmers' association, saying all processes were “fully compliant” with environmental legislation.

Farmers also had to analyse the soil every year “to ensure nitrogen deposits are not passing a certain level of enrichment,” he told AFP, saying the sector “does not deserve to be criminalised the way it has been” over the Mar Menor.

The regional government has also come under fire, with conservationists accusing it of failing to enforce laws to protect the Mar Menor and “looking the other way” when it came to the rampant but profitable growth of intensive agriculture and development. However Miriam Perez (above), the regional official in charge of the Mar Menor, dismissed the allegation, pointing to eight emergency measures to protect, monitor and regenerate the lagoon.

“We are confident the Mar Menor will recover,” she told AFP. “Although it's weak at the moment, its ecosystem is actually very strong and is able to regenerate itself. Obviously, after what happened with the storm, it needs a bit of time.”

The authorities have removed 1,800 tonnes of debris from the waters, which have cleared noticeably, and those fisherman who went back to sea last month have caught fish, but less than half the usual amount.

Warning for the Mediterranean?

Researchers say the problems caused by nutrient pollution will not be resolved overnight, and that, agricultural models must change to address it.

“Eutrophication is a very important issue, the cost for ecosystems and for the environment is huge,” said Chantal Gascuel, senior scientist at INRA, France's National Institute for Agricultural Research.

“Decreasing nitrogen and phosphorus emissions is very important, so agriculture has to change. This is our message: the system has to be changed to significantly decrease emissions,” she told AFP.

For the Mar Menor, that means reducing the pace of regional economic development and intensive agriculture to lower nitrate flows, WWF's Esparza said.

And it should sound a warning for other maritime zones.

“What happened here in the Mar Menor could happen within 50 years in the rest of the Mediterranean,” he warned, saying both were closed, confined seas suffering from intense human pressure and a lot of contamination.

“It's the same, just on a different scale.”

READ MORE: Why have thousands of dead fish washed up in southern Spain? 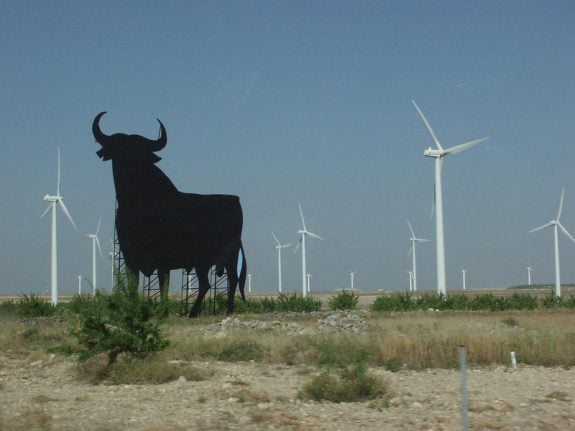 ENVIRONMENT
When it comes to environmental issues, just how ‘green’ is Spain? 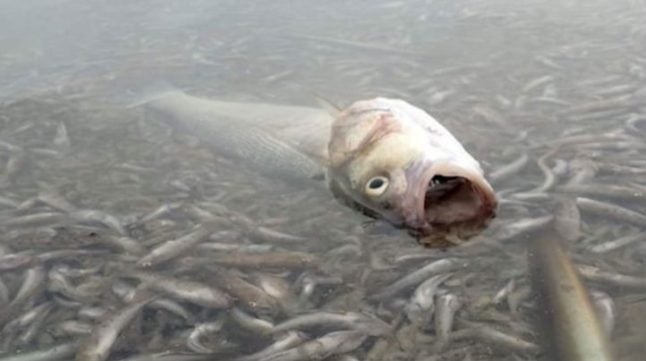 FLOOD
Why have thousands of dead fish washed up in southern Spain?

ENVIRONMENT
When it comes to environmental issues, just how ‘green’ is Spain?

FLOOD
Why have thousands of dead fish washed up in southern Spain?
Url copied to clipboard!