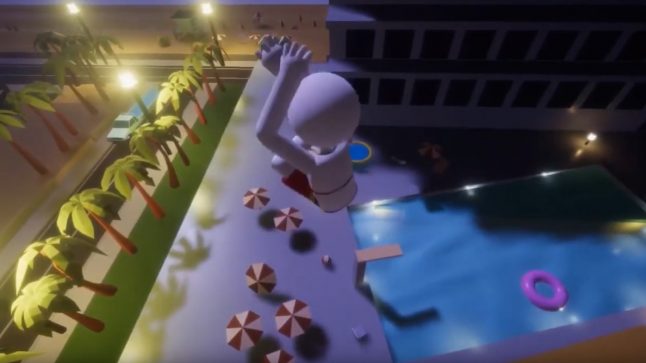 A computer simulator allows players to find out if they could make it to the pool unscathed. Photo: Humber Bundle

It is a question that most (sane) people ask themselves when they read about a trend in Spain – especially Balearic Island resorts – that sees tourists injured each year when they leap from a hotel balcony.

The dangerous craze has been dubbed “balconing” and has cost dozens of lives of mainly British tourists who plummet to their deaths from hotel rooms.

Balconing was first identified as the ultimate drunk holiday challenge, after videos showed young  men leaping from balconies several storeys up into the resort’s swimming pool below.

But the term has also broadly come to mean any of the dozen incidents involving holidaymakers falling from balconies that occur during each tourist season.

Sometimes these deaths, or incidents resulting in severe injuries, come about when a holidaymaker attempts to climb from one balcony to another, either because they have lost their way, or lost their key or in the pursuit of some amorous encounter.

But sometimes they occur in purely accidental circumstances, although more often or not, the victim is inebriated.

Now a computer simulator has been developed to offer gamers the “enriching experience” of jumping from a hotel window into a pool “with practically no risks for your safety.”

The game involves a player attempting to guide his somewhat inebriated avatar through a hotel room full of obstacles to reach the balcony and from there launch over the precipice to the pool below.

It is designed to answer the question that it claims we all ponder when we return to our hotel room after a night on the tiles.

Balconing Simulator 2020 is released on December 6 from developer Fancy + Punk and will form part of the Humble Trove collection of indie games. 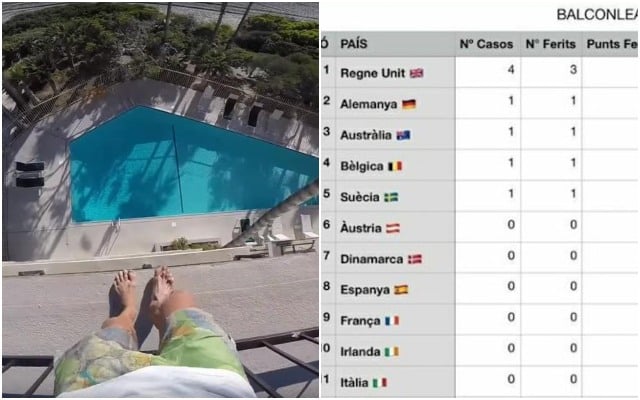 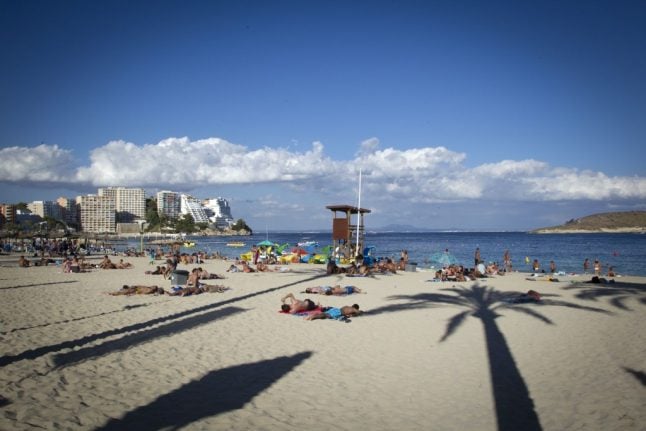