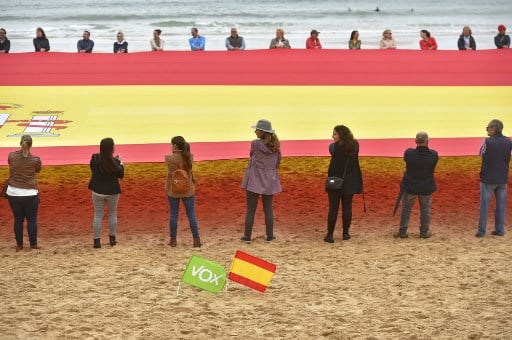 With Spain caught in a months-long political impasse following an inconclusive April election, which Sanchez won but without a majority and unable to form a government, the November 10th vote seeks to draw a line under the chaos.

And with just hours left until the campaign ends at midnight (2300 GMT), party leaders were criss-crossing the country to ramp up participation among a population exhausted by the ongoing deadlock.

In recent days, Sanchez has repeatedly raised the alarm about Vox's “aggressive ultra-rightwing” policies, warning the party would drag the country back to the dark days of Franco's dictatorship.

Vox's rise has seen other rightwing factions rushing to burnish their own conservative credentials, with the Popular Party and Ciudadanos on Thursday backing a controversial Vox motion to ban all independence parties in Madrid's
regional parliament.

Although a non-binding resolution, it was passed by the assembly in a move denounced by Sanchez as a “very dangerous drift”.

Surveys suggest Sunday's ballot will end with a result similar to that seen in April, with Sanchez's Socialists winning but falling far short of an absolute majority.

But polls have also predicted a surge in support for Vox, fuelled by weeks of Catalan separatist protests, some of them violent, after Spain's top court jailed nine of their leaders over a failed 2017 independence bid. The party leaders took part in a televised debate on Monday. Photo: AFP

Vox made its parliamentary debut in May after winning 24 of the assembly's 350 seats, in the first significant showing by a far-right faction since Spain's return to democracy following the death in 1975 of dictator Francisco
Franco.

This time it could double that number, polls suggest.

Launched in 2014, Vox initially struggled to gain traction with its ultra-conservative stance, but over the past year, it has chalked up significant gains, largely over its unbending opposition to the Catalan separatists and its hardline stance on Spanish unity.

“Vox is the only party that's been able to keep its voters mobilised since April,” said Ignacio Jurado, a political scientist at Madrid's Carlos III University.

“It's basically the national crisis with Catalonia which is the biggest driver of their support.”

But the party has repeatedly come under fire over false claims in its campaign, with more than 2,500 academics and researchers releasing a harshly-worded statement on Friday over its “calculated, systemic and recurrent” use of “falsified and manipulated data”.

The unrest in Catalonia has loomed large over the election after days of dramatic footage of Barcelona in flames and masked protesters hurling rocks and Molotov cocktails at riot police, who hit back with water cannon and foam
roams.

With the crisis far from over, separatist activists from Democratic Tsunami have called for a mass show of civil disobedience across the region on Saturday, prompting fears they could take over polling stations.

In anticipation of trouble, Madrid has sent a “significant” number of security forces to Catalonia to ensure security over the weekend, said Sanchez, who has come under mounting pressure from the right to suspend Catalonia's autonomy and remove its separatist president Quim Torra.

More of the same?

There is a risk Sunday's vote could end up prolonging the political paralysis that has gripped the eurozone's fourth-largest economy since the election of December 2015 when Ciudadanos and the radical leftist Podemos entered parliament.

That put an end to decades of bipartisan hegemony by the conservative Popular Party and the Socialists.

With no single party able to secure the required 176 seats for a majority, the Socialists are likely to opt for a minority government, ING analyst Steven Trypsteen said.

“If enough parties abstain during the second vote to install the government, then a minority government could be formed,” he said.

“The Socialists, as the largest party, will probably pursue this strategy. The stability of such a minority government would, of course, be low.” 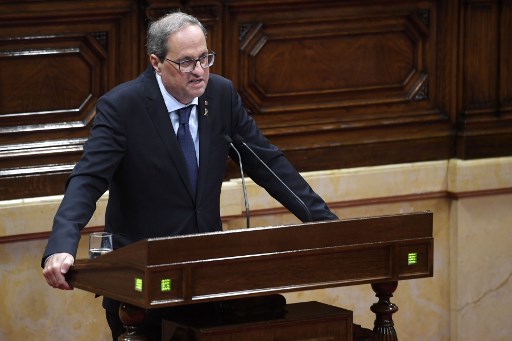