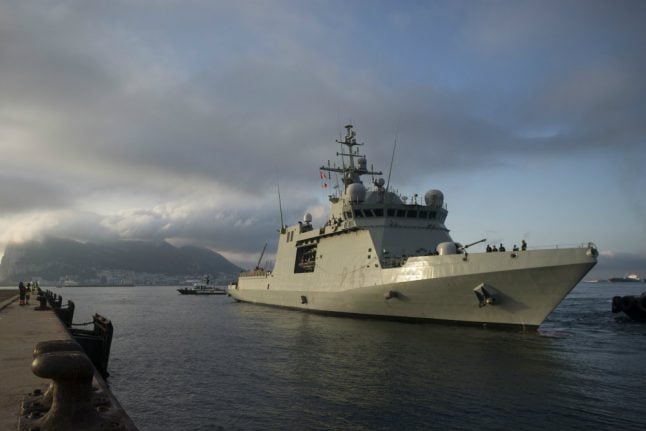 The Spanish military ship "Audaz" arrives at the Centre for Temporary Assistance to Foreigners (CATE), in the port of Algeciras, in August 2019. Photo: AFP

The measure was raised in the 2020 budget proposal for Andalucia, which was agreed by the regional government on Wednesday following a deal with Vox, prompting the Association for Human Rights of Andalusia (APDHA) to threaten legal action.

The budget clause refers to “a proposed cooperation agreement with the interior ministry” which the APDHA said would facilitate the collection of data from doctors and social services to identify and expel undocumented migrants.

In a joint statement, 125 rights groups said such a move would “constitute a flagrant attack on the fundamental rights of migrants,” warning the Andalusian government they would take legal action to block it.

“It would allow for the identification, the localisation and the possible expulsion of those people who have been identified after going to see the doctor or the social services,” she told AFP.

“This would leave them in a very vulnerable situation,” she told AFP, saying people in need would no longer seek help if they thought it could result in them being deported.

In June, the Andalusian government — a rightwing coalition grouping the conservative People's Party and the centre-right Ciudadanos — signed a deal with Vox to push through the 2019 budget.

But the deal involved “clear concessions to Vox's ultra-rightwing ideas,” APDHA said, urging the Andalusian government to “step back from the agreement signed with Vox”.

In March, the Andalusian government estimated there were more than 32,000 people living illegally in the southern region.

Launched in 2014 by disillusioned PP lawmakers, Vox made a breakthrough in December 2018 by winning 12 seats in the Andalusian assembly, thus becoming the first far-right party to sit in a regional parliament since Spain returned to democracy following the death of dictator Francisco Franco.

In April, the party entered the Spanish national parliament for the first time, after winning 24 seats in the general election.

Andalusia, Spain's most populous region, is the main entry point for migrants reaching the country by sea.