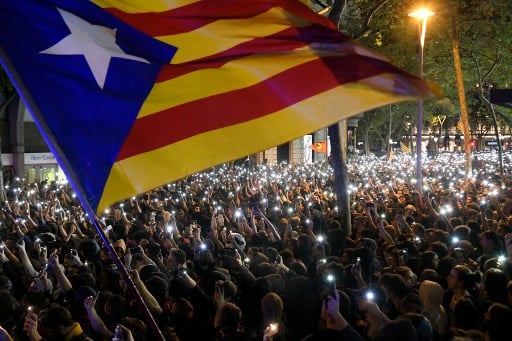 Will protests put people off the Catalan capital? Photo: AFP

Living in the centre of Barcelona has not been easy for the last week. During the day it has been a struggle dealing with roadblocks and demonstrations interfering with the school run and getting my wife to hospital, plus a whole bunch of other related inconveniences.

At night the sounds and smells of rioting are all around: choppers overhead, police sirens screaming, riot-control weapons being fired, and the constant smell of burning trash as young rioters torch all the rubbish containers in the area. Protesters set fires on the streets of Barcelona. Photo: AFP

On Friday night there was trouble on our street, with some neighbours watching from balconies screaming insults at the police, and some at the protestors. I’m glad I sent the kids to stay with family in a quiet part of town, but my wife is taking it very badly. I never imagined Barcelona could be like this.

As a result of just one week of nightly riots the city centre is looking beaten up and filthy. There’s political graffiti everywhere, the air is dirty and smelly, trash is building up where rubbish containers used to be, and you can see burnt trees and other scars of violence all around. The municipal cleaners are doing a heroic job of sorting out the mess each morning, but it’s going to take months for the scars of just one week’s rioting to disappear and in the meantime, the piles of trash builds up where rubbish containers used to be.

The leading Catalan newspaper La Vanguardia reports that the police expect the rioting and violence to get worse. They don’t understand what’s driving it, and say all they can do is hit back harder. That said, things were quieter on Saturday night, thought what will happen now is anyone’s guess.

It looks like the Catalan nationalist politicians  have lost control of the street. Their attempts on Twitter to distance themselves from the rioting are now met with a torrent of abuse and accusations of being traitors (botiflers, in Catalan).

Here are extraordinary scenes on Saturday of Gabriel Rufian, a leading member of the Catalan Republican Left party (ERC) and one of the blowhards of the independence movement, being called a botifler, booed, and insulted when he tried to attend a protest in Barcelona. He had to leave. It shows how dramatically the situation has changed in just a week.

The only winners in this situation are a tribalist hard-left outfit called the CUP, who want to reunite the ‘Catalan Countries’ in Catalonia, Valencia, the Balearics, and the south of France, and have well organised groups of young militants stirring up trouble on the street. The CUP have played an outsized role in the Catalan independence drive from the start. They are the tail wagging the dog, and stand to gain electorally as the violence divides Catalans into more radical positions.

There’s hasn’t been any looting of shops, though some Spanish retail chains like Zara have been attacked, as have bank branches that are obvious symbols of the ‘capitalist patriarchy’. When there are riots in the US and the UK, one of the first things the rioters do is help themselves to a new flat screen TV, but not here.

Banks in the centre are now having to protect their facades with steel cladding. Photo: Mark Stücklin / Spanish Property Insight

On Friday afternoon, hundreds of thousands of protesters from all over Catalonia descended on Barcelona. The procession of protestors from all age groups wrapped in Catalan nationalist flags seemed to go on forever. It brought home to me once again how deep-rooted the independence drive has become in Catalan society. I’ve described what it’s been like living here this week to show how real the problems have been, at least in the city centre where all the trouble has taken place in the 1.5 km2 area between Airbau, Diagonal, Passeig de Sant Joan, and Gran Via, plus Via Laietana. Anyone visiting or living in the area would have been affected. So, what does this all mean for the housing market in Barcelona?

First, let me say I don’t expect a solution to the problem anytime soon. Catalan independence is an existential threat for Spain, so no Spanish Government will ever allow Catalonia to break away, or even hold a referendum (that would implicitly recognise the possibility of breaking up Spain), but millions of Catalans will never give up trying.

The violence of the last week has brought the problem out in the open, but the underlying pressures have been there for a long time. Catalan nationalism was one of the forces that helped trigger the civil war back in the 1930s.

So the problem is here to stay, and Catalan’s who’ve been led to believe that independence is around the corner are going to be bitterly disappointed.

Now the violence genie is out of the bottle, I guess the trouble will continue until exhaustion sets in on the Catalan nationalist side, and turns into sullen anger that explodes intermittently.

Given the current state of Spanish politics, I don’t see any chance of a deal for Catalonia that will satisfy the independistas. In Madrid, Pedro Sánchez, the caretaker Socialist President, is the only adult in the room, and he’s under a lot of pressure to crack down on Catalonia in the run up to a General Election in November.

So let’s assume the conflict will continue, with rioting in Barcelona a regular feature, a bit like the Gilet Jaune riots in Paris, just worse. The problem with violence is it takes on a dynamic of its own, and nobody knows where it will lead.

On the one had this is going to harm the local economy, consumer confidence, wealth and purchasing power, which at some point will trickle down to the housing market and reduce capable demand for both rent and purchase.

And on the other hand, I can’t see how the images of violence, and the new reality of life in Barcelona centre, don’t deter foreign investors, who, I presume, have no interest in this kind of Barcelona. I could be wrong, but I suspect that this will quickly and sharply reduce foreign demand for property in the centre, which is where most foreigners like to buy.

There are several housing developments on the market with at least half an eye on foreign demand. They might now struggle to attract foreign buyers, like they did in the aftermath to the disputed referendum in 2017. Those projects now might take longer to sell.

Looking on the bright side, this might help to address the problem of housing affordability in Barcelona, another political hot potato.

Mark Stücklin is a Barcelona-based Spanish property market analyst, who runs Spanish Property Insight, an independent  website for buyers, owners, and sellers of property in Spain, offering reliable information and resources on the real estate market and trends.

A version of this article first appeared on Spanish Property Insight 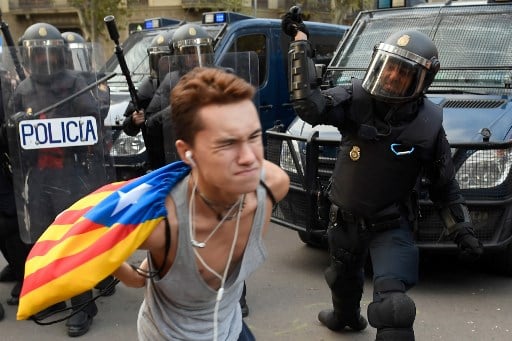 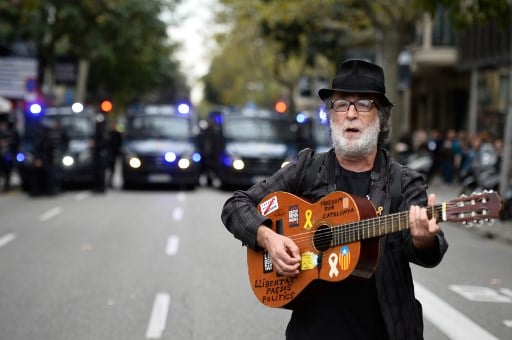 ELECTION
Barcelona protests: What next for Catalonia?
Url copied to clipboard!