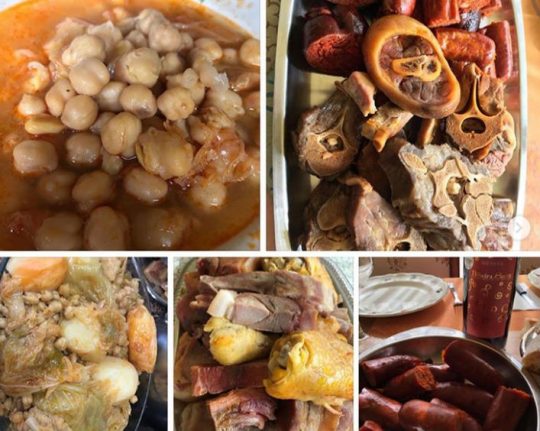 Richard Barreira Baños from Vigo in the Spain's norhwestern region of Galicia, proudly posted images showing the first cocido of the season – a rich stew containing chickpeas, vegetables and various lumps of meat – that had been home cooked in his mother’s kitchen for Sunday lunch.

But his post was swiftly removed from the social media platform and he was informed that it had “breached community guidelines” concerning the publication of “graphic violence, language that incites harassment, violence and bullying or sexual activity”.

“It seems incredible to me that they should take offence at this,” Barreira told Spanish news agency Efe.

“What of all the restaurants and cooks who post their dishes? You can see millions of posts of food, of hamburgers,” he said.

He called on the people of Galicia to take a stand over it.