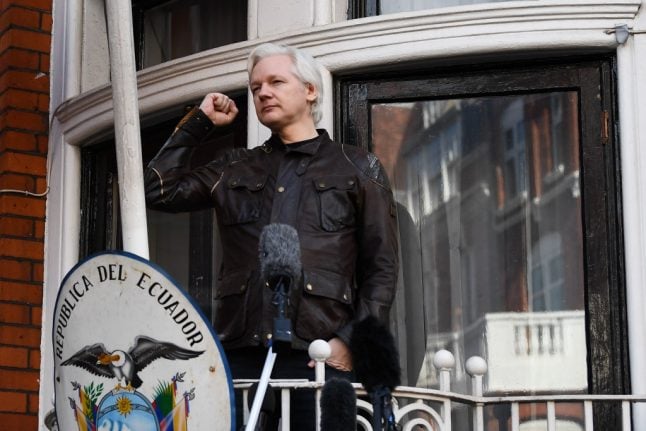 The court said in the document dated August 7 that it was investigating whether Undercover Global Ltd, which was responsible for security at the embassy where the WikiLeaks founder had taken refuge, and its owner David Morales invaded Assange's privacy by installing hidden microphones and other devices at the embassy.

The company and its owner are also being probed for money laundering and bribery, the document added.

The court said it opened the investigation after accepting a complaint from Assange's lawyers.

Undercover Global is suspected of having installed microphones in a fire extinguisher at the embassy as well as in the women's toilets where Assange used to meet with his lawyers for fear of being spied on.

“Meetings which Assange held with his lawyers, as well as medical visits and those of other nature were recorded,” the court said.

The information which was gathered was then transferred to computer servers that were accessible to both the Ecuadorian and US intelligence services, it added.

Morales also carried out “frequent trips” to the United States, sometimes more than once a month, to personally deliver the hard drives containing the recordings made at the embassy.

The court said Morales paid 20,000 euros ($22,000) a month in cash to the head of security at the embassy to ensure that there were no negative reports about Undercover Global which could lead to its contract being terminated.

Morales was arrested on September 17 but is on conditional release, judicial sources said. He must report to a judge every 15 days and HAS had his passport confiscated.

Assange took refuge inside the Ecuadoran embassy in 2012, fleeing what he claimed was a politically-motivated extradition order for his return to Sweden for questioning in a sexual assault case.

The Australian stayed there for seven years until April when he was dragged out of the embassy by British police after Quito gave him up.

He is currently serving 50 weeks behind bars at a top-security prison in Britain for breaching his bail conditions when he fled into the embassy.

Assange is also the subject of a US extradition request, where he is facing a total of 18 charges, most of which relate to obtaining and disseminating classified information over the publishing of military documents and diplomatic cables through the WikiLeaks website.