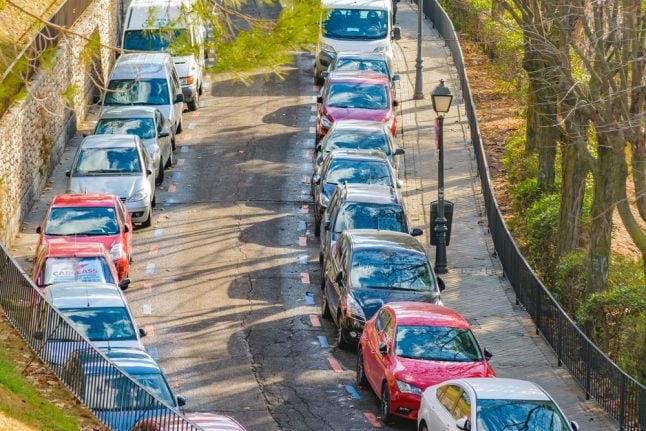 There’s no denying that Spain is a safe country by global standards.

In a Eurostat crime study of 41 European countries, Spain came in 34th position for homicides, 21st place for sexual violence and 31st when it came to all types of robberies.

However, when it comes to car theft in the EU, Spain comes in at a rather disappointing third position behind Italy and the UK.

More than 40,000 cars were stolen in Spain in 2017, according to the country’s Interior Ministry.

The Spanish Association of Insurers and Reinsurers (UNESPA) calculated that that figure was even higher in 2016 – 155,000 vehicles stolen – equating to 425 car thefts a day. According to reports in the Spanish press, crime gangs who sell the vehicles overseas or take them apart before selling the parts are responsible for much of this type of crime.

Their modus operandi is becoming increasingly cunning as well, as in the case of a syndicate who stole €4.5 million worth in vehicles by tracking the drivers with a GPS and using the same locator and crane to audaciously steal the vehicles back again from the police depot when Civil Guard officers had retrieved them.

So where in Spain are you most likely to have your car stolen?

Spain’s capital Madrid is by far the city with the worst car theft rate in the country, accounting for 33 percent of all stolen cars in 2017 according to government data.

The second city where the chances of having your car stolen are highest is Barcelona with 13 percent, but it’s closely followed by Malaga in third place, a surprising entry considering the southern city is Spain’s 6th most populated city.

This may be explained by its proximity to Marbella, a city renowned for its super-rich foreigners and the prevalence of luxury car theft. The absence of Valencia from the government’s car theft list may seem surprising to some, but UNESPA data suggests that the eastern coastal city is also greatly affected with more than 11,000 cars stolen in 2016.

The data from different studies does however match up when it comes to showcasing how Spain’s northern cities, those in the country’s interior and the Canary Islands are not as badly affected by this type of felony.

Which car types and brands are the most stolen in Spain?

The latest government data points to SUVs as the vehicle category that thieves prey on the most, making up 60 percent of attempted car robberies in Spain in 2017.

Sedans and compact premium vehicles accounted for the other 40 percent.

In terms of the actual car brands and models that have been stolen the most, UNESPA’s study ranked Citroen Xsara, the Seat Ibiza, VW Golf, Seat León and BMW 3 series as the main ‘victims’ in 2016.

These are some of the most widely sold cars in Spain, which could partly account for their theft prevalence and the high demand for their car parts, stolen or otherwise.

Although large SUVs are car thieves' primary target, they tend to be stored in safer locations and have more complex security measures that impede their theft.