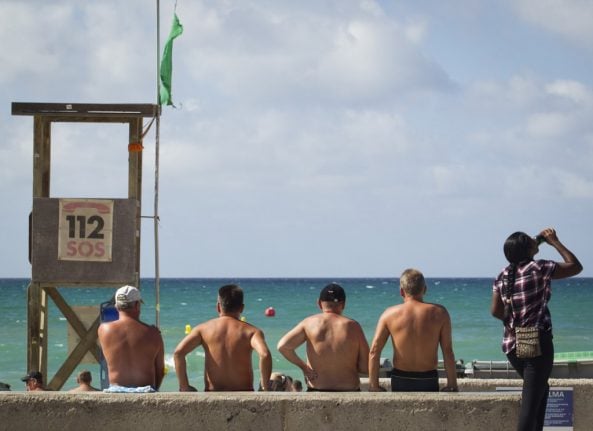 With more than 365,000 Britons officially registered in Spain and 18 million British tourists visiting the country every year, Spaniards have perhaps the biggest interest of all European nations in knowing what the outcome of a no-deal Brexit would mean for them.

So what do they make of Brexit, the likelihood of the UK exiting without a deal on October 31, and do Spaniards think referendums on EU membership are a good idea in the first place?

The French Kantar Centre on the Future of Europe, which brings together a pan-European team of researchers with expertise in political and opinion polls, has conducted an online poll of 1,000 Spanish adults to ask what they think of Brexit.

The results were then compared with similar polls in Germany, the Netherlands, Ireland, France and Poland, and produced some surprising variations between countries. Moving on to the question of whether or not Brexit is such a great idea, 40 percent of the Spanish people surveyed said it was a very bad idea, 28 percent a rather bad idea, 19 percent were undecided, while just 9 percent thought it was either a good or very good idea.

That means that Brexit’s negative opinion rating among Spaniards was the third most negative among the countries surveyed, after Germany (74 percent) and Ireland (73 percent).

Asked about the impact of a no-deal Brexit on the UK, 77 percent of Spaniards thought it would have an adverse impact on the country, this time the second most pessimistic view among Europeans (Germany 82 percent).

Unsurprisingly Spaniards also had the second most alarmist outlook on how a no-deal Brexit would affect their own work and life – 33 percent responding it would have a negative impact on them personally- only behind Irish respondents in this regard. Screenshot of Spanish newspaper El Economista which reads “Fed up of Brexit…what will happen if there's no deal by October 31.

Around 14 percent of Spaniards work in the tourism sector, with Britons representing by far the biggest number of visitors arriving at Spanish shores: 18.5 million last year according to government data, ahead of French and German tourists tied in second with 11 million.

Needless to say their attitudes towards how a no-deal Brexit will affect the Spanish economy were even more unenthusiastic, 66 percent believing it would be bad for Spain overall.

The survey also asked Spanish people whether they would like a referendum on the subject of Spain’s membership of the EU.

Somewhat surprisingly – given their generally negative views on Brexit and that Spaniards are going to have to vote in their own national elections for the fourth year running soon – 40 percent of Spaniards were still in favour of Spain holding its own vote on EU membership compared to 30 percent who were opposed. Then again Germans – whose respondents were the most pessimistic overall about Brexit in the Kantar Centre study – also showed a higher willingness to hold a vote on their EU membership than all other countries surveyed, 45 percent saying they were in favour of a referendum.

However, when asked how they would vote, 72 percent of Spaniards said they would choose remain compared to only 13 percent who would want to leave the EU.