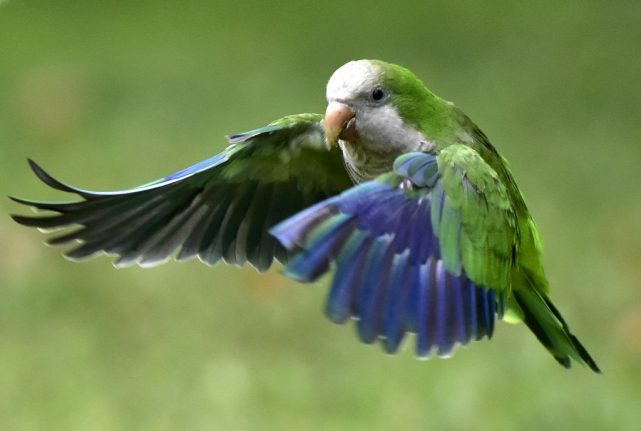 The Spanish capital is home to some 12,000 Argentine quaker parrots which are common in much of South America and compete with other birds for food and rip branches from trees to build their nests.

The breed were originally pets but have since proliferated to a degree where Madrid authorities say their numbers need bringing down.

In a statement, city hall said it has drawn up a plan “to reduce and control the population” without giving a figure. One element of the plan would involve sterilising eggs in the nest to encourage females to incubate but not hatch them.

The distinctive green-plumed, grey-breasted creatures — also known as monk parakeets — “have become a concern for a number of citizens” and “we have received a number of complaints,” said Borja Carabante, municipal officer for environmental affairs in the capital.

The birds “fight with other breeds for food” and damage trees with their nest building, constructing homes that can weigh anything from 50 to 200 kilos (110 to 400 pounds). The weight poses a potential danger to people walking underneath, Carabante said.

The parakeets' numbers have soared by a third since 2016, according to Spanish ornithological society SEO/Birdlife.

Under Spanish law, the birds are classified as an exotic invasive species.