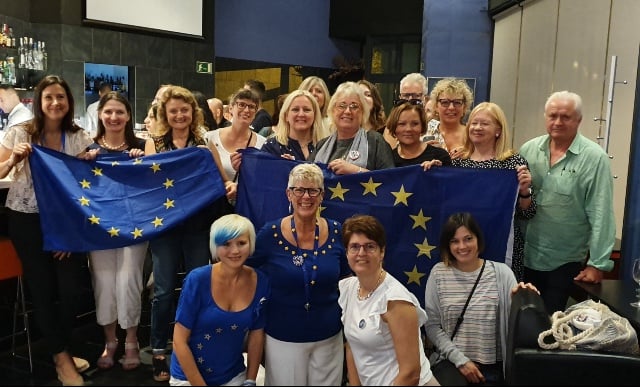 Photo: Sue Wilson/Bremain in Spain
On Thursday 3 October, a crowd of European citizens, mostly British and Spanish, attended the sell-out event, ‘Europeans in Catalonia’ at the Princess Hotel, Barcelona.
The four speakers discussed issues relating to Brexit – especially the human cost, which is frequently overlooked in the Brexit debate, in favour of trade and the economy.
A question and answer session followed, with many audience members participating, including EU Supergirl, Madeleina Kay, who was visiting Spain as part of her European tour.
The first speaker was Hedwig Hegtermans of the 3Million campaign group, speaking on behalf of European citizens in the UK.
Hedwig talked about the injustices of the Settled Status scheme and how Brexit has changed the way the UK feels about and treats European immigrants.
Next in the line-up was Elena Remigi, founder of the In Limbo Project, and Debbie Williams, chair of Brexpats – Hear our Voice. They highlighted the impact of Brexit on citizens in the UK and EU and read some moving testimonials from the In Limbo books, which have now been presented to over 1,500 politicians.
The books have helped many UK and EU politicians understand that their respective citizens are upset, angry and unnerved at the prospect of Brexit, and the loss of their rights. Sue Wilson speaks at the event in Barcelona.
In my speech about Brits in Spain, I described the stereotypes we constantly see in the press: i.e. that we’re all pensioners, living on the coast, lazing on the beach, speaking only English and spending our time playing bowls or bridge, when we’re not sitting in bars festooned with Union Jack flags.
I think I might have mentioned something about drinking gin too!
I described how we feel about our reception in Spain: how we appreciate the Spanish government’s efforts to protect us and the treatment we receive from the Spanish people.
We have many issues in common with EU citizens in the UK but, fortunately, we don’t have to deal with the daily intolerance and xenophobia that they sadly experience.
We are lucky enough to enjoy the warmth, welcome and generosity of our Spanish family, friends and neighbours.
My “thank you” to the Spanish people received a big cheer from the audience. I concluded with a round-up of the current state of play. With events happening so quickly, and being so unpredictable, it’s difficult to be certain of anything, but I did make a few predictions.
Firstly, we’re not leaving the EU on October 31.
Any chance of a deal based on what Boris Johnson has proposed to Brussels seems unlikely. If nothing is agreed by 19 October, law dictates that Boris must ask the EU for an extension.
It’s likely that this will be agreed by the EU and may be longer than the UK anticipates.
If Johnson doesn’t abide by the law, he would face unknown consequences. The EU has already said that someone other than Johnson can sign the letter, should that prove necessary.
Secondly, a further referendum is far more likely now than it has been for months.
Increasingly, it looks like the best way out of the Brexit chaos, and it would certainly be the most democratic route.
The people made the decision that started this ball rolling, and they should make the decision about how it ends.
Leo Varadkar, the Taoiseach of Ireland, said the British public would vote remain now, if given the chance.
I agree with him.
Finally, I’ve always believed that the longer we delay Brexit, the less likely it is to happen at all.
Brexit is not inevitable – it can be stopped, it must be stopped, and it will be stopped.
That comment received the biggest cheer of the evening ….. well, except, perhaps, for “see me in the bar afterwards”! Bremain in Spain, Brexpats-Hear Our Voice, In Limbo and The 3 Million would like to thank Mamen Candela and Amy Holden of Europeans in Catalonia for organising the event and for inviting us to speak. 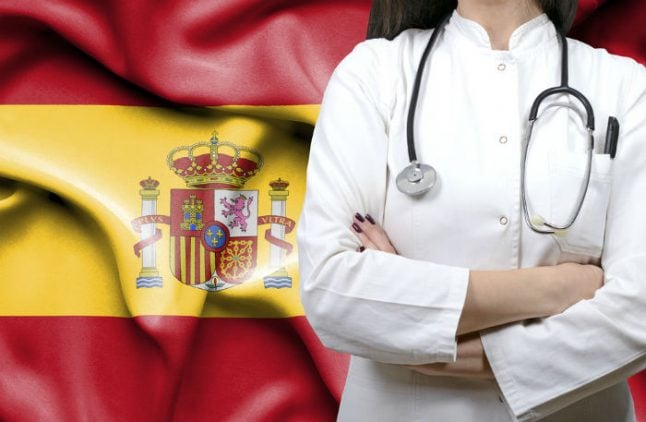 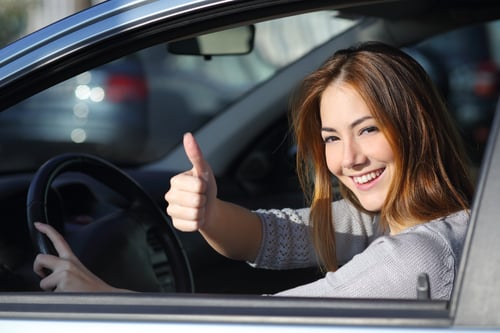 DRIVING
Still haven’t swapped your UK driving licence for a Spanish one before Brexit? Don’t panic
Url copied to clipboard!