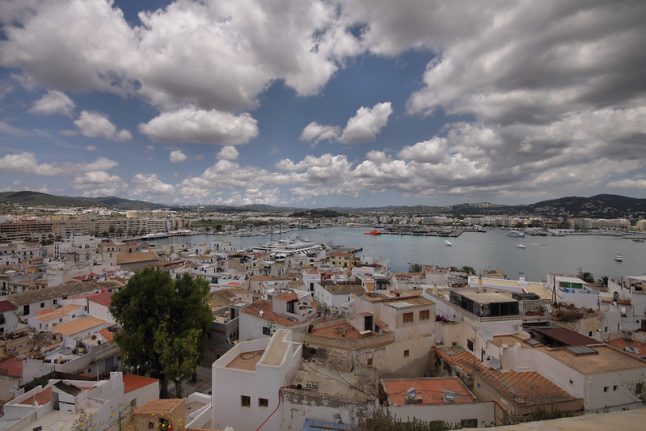 Retired married couple Ian and Denise Feltham, from Chiswick (London), had the shock of their lives when in September they flew over to Ibiza with the intention of spending their holidays at a “VIP” penthouse in a high-end resort.

Having gone through photos of the property on Airbnb, they believed they would be getting a hot tub, private lift and Turkish bath among other luxuries.

There was nothing suspicious about the listing apart from the fact it was ‘perfect’: it had a five-star rating, 37 positive reviews and the house rules even allowed them to bring their two Yorkshire terriers with them.

All of these perks proved enough for Ian, a property developer, to pay €11,800 in advance to book the Las Boas property in Ibiza town.

The Felthams did find it suspcious that they hadn’t received confirmation of arrival times from the company that allegedly ran the property (Thailand-based Lux Travel Collective), nor had they been able to reach them by phone, but still decided to put their faith in it being coincidence.

Las Boas de #Ibiza now back on sale! With even cheaper prices! Don't miss out on these! http://t.co/QPDCh9SQGM #ibz pic.twitter.com/IXdKfXwb6i

When they arrived at the address they were given, their worst fears were confirmed. A receptionist told them “there is no VIP Penthouse at Las Boas”.

The distraught couple showed the woman the photos posted on Airbnb, who informed them they were old archive photos of a property that no longer existed at the high-end resort.

Dreary September has us dreaming of bright Las Boas Ibiza – stunning apartments with views of the marina #ibiza #wanderlustwednesday pic.twitter.com/jQOTe1DPOV

A man who lived in the building then told the holidaymakers there had already been numerous other tourists arriving at the resort asking to stay at the same bogus “VIP” property.

The Felthams immediately contacted Airbnb, which initially took no responsibility for the incident.

As a result, they had to drive around Ibiza looking for alternative accommodation where pets were allowed, eventually finding a hotel 64km away from their original destination for €200 a night.

After their trouble-ridden holidays, the couple contacted The Times to inform them of what had happened. The British broadsheet in turn checked Airbnb only to find that the listing for the phoney property was still up.

News of the Ibiza holiday con has been widespread ever since in the British press, forcing Airbnb to reconsider and eventually repay €11,800 back to the Felthams.

The company has defended itself by saying that they deal with millions of bookings every day and that this type of incident is “very rare”.

There were 60 million Airbnb stays in Spain during 2018’s summer months, with experts pointing to an increase in cyber fraud involving short-term rental websites where fraudsters mirror legitimate listings.