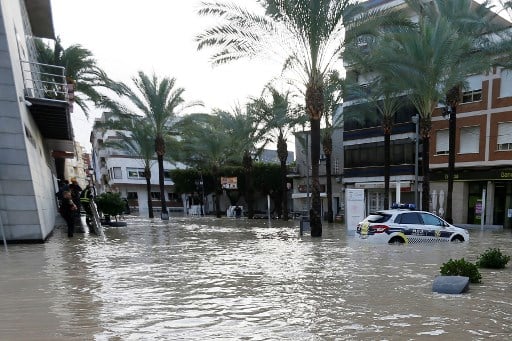 The Comunitat Valenciana has approved a fund of €13.5 million to pay out emergency claims of up to €4,500 to those who suffered damage during the flashflooding which devastated the area earlier this month.

The emergency grants are available to residents who apply before October 14th at their local town hall.

Successful applicants will receive an initial €1,500 which can rise to a maximum of €4,500.

Some 400 applicants have already been issued grants since the aid offices were opened in eight of the worst affected municipalities.

To apply, you must have proof that you are resident in the property affected during the storm and subsequent flooding, either with the property deeds or a valid rental contract.

“The Generalitat has spared no resources so that the processing of these grants is done as soon as possible and with maximum ease for those affected,” said Gabriela Bravo, regional minister in charge of the rescue efforts.

She said that initial assessments estimate at least 3,000 households eligible to claim for damage but admitted that may well rise to up to 9,000 properties.

“If need be, we will extend the grants to make sure no-one is left without the aid they need,” said Bravo on a trip to Orihuela.

On Friday, Ximo Puig, the regional president of Valencia announced a €23 million fund to repair, rebuild and compensate damage caused by the storms, which claimed 7 lives and were the worst to hit the region in 140 years.

If you live in the Vega Baja zone and want to make a claim, download the form HERE and take it to the helpdesk at your local town hall.