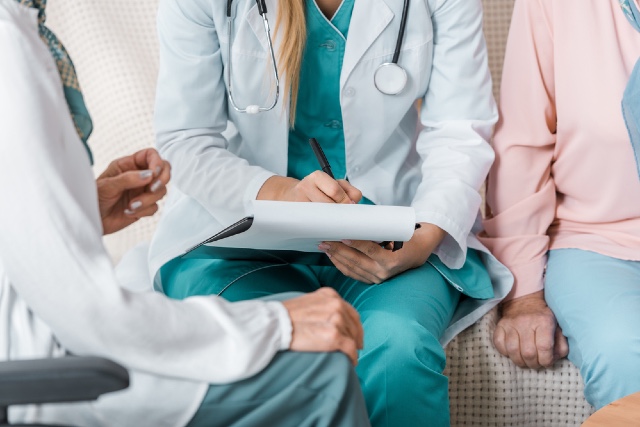 The news that the British government has pledged to continue covering the health costs for pensioners in the EU for only six months if Britain leaves the EU without a deal has caused a huge amount of anger and worry.

The 180,000 British pensioners in the EU, who have grown used to being used as bargaining chips over the last three years despite their vulnerability, have been told repeatedly by politicians they would be able to continue their lives as before.

But the reality is their futures, which for many depend on access to healthcare due to chronic illness, now hinge on agreements being made between governments.

While pensioners in the EU are being urged not to panic many cannot help but fear what lies in store for them as Brexit reaches another crucial point.

“Yesterday around 200 people contacted me to tell me how losing their S1 cover would affect them – all of them were heartbreaking to read,” Kalba Meadows from British in Europe told The Local.

“We need the real human cost of Brexit to be heard far and wide. And we urgently need the UK government to publicly confirm that they are still seeking future bilateral or EU wide agreements on health care, so that people like those who've spoken out here can sleep again at night.”

Here three pensioners living in the EU explain why life has become so fraught since the EU referendum and how their lives or those of their partners now depend on politicians reaching an agreement.

“We are physically not up to another house move. If we have to go back it could only be as refugees.”

In 2014 I was diagnosed with Parkinson’s. I have medication for that four times a day, plus an osteoporosis pill once a week, and paracetamol two or three times daily.

I also have physiotherapy twice a week. All covered by state health insurance. About four years ago my husband had treatment for prostate cancer: consultancy, operation and ongoing monitoring all covered by state health insurance in France. New glasses, dental work for both of us, the state insurance contribution is not insignificant. Breast cancer scans, cervical smears, Flu vaccines… the list goes on.

I haven’t tried to work out how much all that would cost if we had to pay for it. I’m sure we’re better off than some – we both have the UK state pension and work pensions, and savings to fall back on. But our entire income is in sterling, and we rely on the exchange rate to keep our heads above water. Since June 2016 the stress has been unrelenting.

Every so often there’s another turn of the screw. It’s torture. I’m now on sleeping pills and anti-depressants.

I’m like a zombie, wishing that it would all just go away. It’s putting an immense strain on our relationship.

England seems to me to be a foreign country compared with the one I lived in for nearly 60 years. I’ve applied for Irish nationality but that’s just one more thing to stress about.

We have no children and my husband’s only brother died three years ago. What is back in England for us? We are physically not up to another house move.

If we have to go back it could only be as refugees, we would have to leave everything behind. The thought of that breaks my heart.

“There is no way we could afford health care without reciprocal agreements.”

We have lived in France 18 years, we are now in our seventies.

Three years ago my husband, who has had an artificial leg from childhood and needs medical help with that often, found he had lymphoma stage 5.

He had a session of chemotherapy but it returned and he was in the middle of more treatment when he suffered a stroke.

He is in hospital again with chicken pox because he has low immunity to catching diseases.

Once recovered from that he will need more chemo, physio for his hand and arm that no longer work and probably more hospitalisation.

We are very involved in French community life here and even though we had all our working life in the UK, now consider France our home.

There is no way we could afford health care without reciprocal agreements and we do of course have health insurance here and carte vitale.

We will never go back. Our lives are here now. We have been affected very much by the stress and worry about our future health problems. Healthcare is our biggest worry.

“Without healthcare we will have no option but to do so and add to the burden of an already overcrowded NHS.”

We are not in a financial position to fund our healthcare needs.

My wife suffers from acute rheumatoid arthritis, which condition is ameliorated and arrested from advancement by a raft of medication that includes a monthly visit to Limoges hospital (50 km distant) for a Roactemra infusion.

We need to continue this treatment to keep her out of pain and with a modicum of mobility and quality of life.

We are contemplating having to return to the UK should Brexit deprive us of our healthcare provisions along with our residency.

We do not want to leave France or return to the UK.

Without healthcare we will have no option but to do so and add to the burden of an already overcrowded NHS.

We will have no choice but to do so and arrive in the UK no better than refugees. We could stay here if the government would promise to continue the current S1 arrangement. We would be in our own home, receiving the treatment we receive now, and avoid burdening the NHS with our presence and health conditions.

A statement from the UK's Department of Health and Social Care insisted that those in Spain would be able to coninue to access healthcare until at least the end of 2020, even with a No-Deal Brexit.

“The UK and Spain have each taken steps to ensure that people living in each country can continue to access healthcare as they do now until at least 31 December 2020. This means that your healthcare access will remain the same after 31 October 2019, whatever the Brexit scenario,” a statement sent to The Local said.

“The necessary legal steps have been taken in the UK, and the UK Government is now seeking to work closely with Spain ahead of exit day. To find out more about the Spanish government’s guidance on access to Spanish healthcare and Brexit, go to www.lamoncloa.gob.es“. 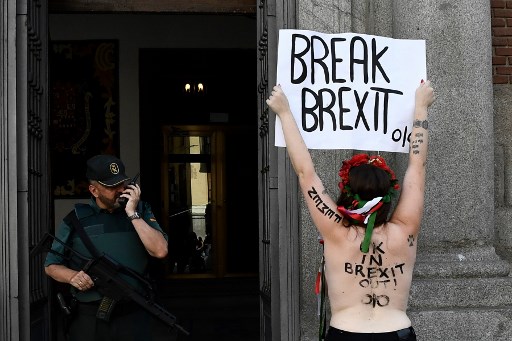 BREXIT
Reciprocity or nothing: Brits in Spain will have rights withdrawn if UK doesn’t give same guarantees to Spaniards 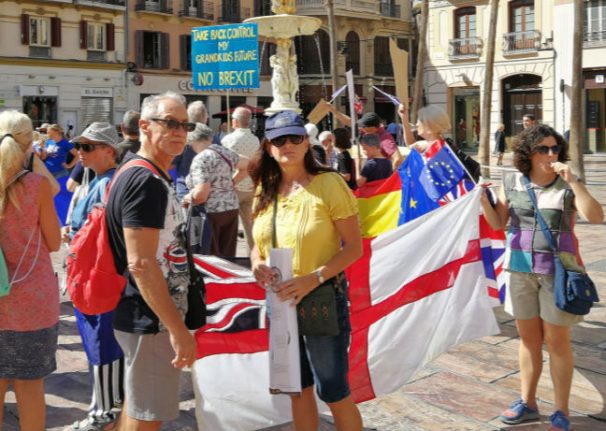 MALAGA
IN PICS: Brits in Malaga take to the streets against Brexit

BREXIT
Reciprocity or nothing: Brits in Spain will have rights withdrawn if UK doesn’t give same guarantees to Spaniards

MALAGA
IN PICS: Brits in Malaga take to the streets against Brexit
Url copied to clipboard!