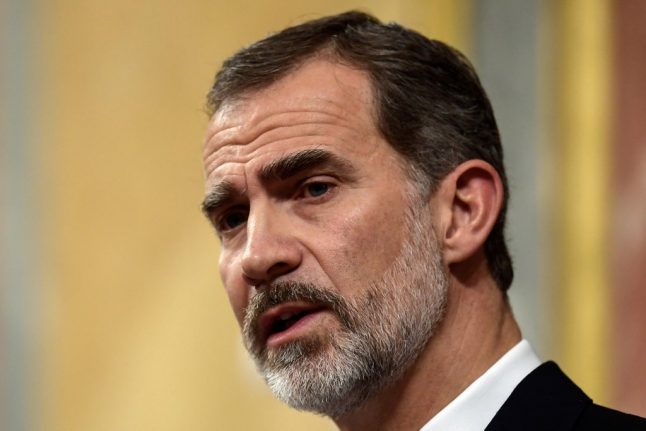 Prime Minister Pedro Sanchez's Socialists won elections in April, but only secured 123 of the parliament's 350 seats, leaving him dependent on support from the radical leftwing Podemos and several smaller regional parties.

Until now, Podemos leader Pablo Iglesias has refused and Sanchez only has until September 23 to be confirmed as premier — or face fresh elections on November 10.

In a bid to break the deadlock, the king began two days of talks with party leaders. He will meet Iglesias on Tuesday afternoon and Sanchez later that evening.

Back in July, Sanchez made two attempts to secure confirmation by the assembly but failed due to the dispute with Iglesias, which they have yet to resolve.

The Socialists had initially agreed, very reluctantly, to form a coalition with Podemos, offering it several government portfolios, but Iglesias refused, saying the posts did not carry enough political clout.

Now Sanchez has taken the offer of a coalition off the table, offering only talks on a joint policy programme.

Iglesias has insisted on Podemos entering government but faced with Sanchez's intransigence, he has suggested a “temporary coalition” but the proposal was dismissed out of hand by a government spokeswoman.

Spain has been gripped by political instability since the traditional two-party system collapsed in the elections of December 2015 with the emergence of Podemos and business-friendly Ciudadanos, sparking deep divisions within the parliament.

And April's election further complicated the political picture with the entry into parliament of far-right upstart Vox.