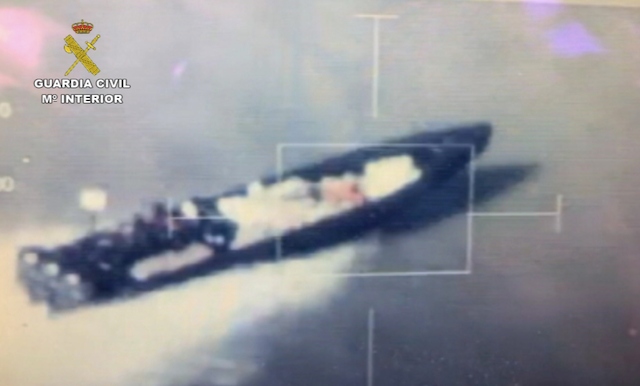 The operation began in February, when police on the British territory of Gibraltar found a boat that was about to sink with its three crew on board — and 84 bales of hashish. Gibraltar sits off the south coast of Spain at one of the shortest crossing points to north Africa.

Since then, Spanish police have arrested 45 people and issued warrants against another 16, including the leader, El Haj.

Police had arrested Abdellah El Haj in November 2017 before releasing him on bail last March, since when he has been untraceable, said a spokesman for Spain's Guardia Civil force.

“'Messi' has been on the run for a long time and runs the network from the outside, but several of his lieutenants have fallen,” he added. A statement from the force said the arrests so far had effectively broken up one of the most active drugs networks operating on the Guadalquivir river.

The river, which comes out into the North Atlantic Ocean just north of Cadiz and not far from north Africa, is considered the main route for gangs smuggling Moroccan hashish into Spain.

Police have seized five boats, 17 vehicles, more than half a million euros and several weapons. They also dismantled a shipyard that was building the go-fast boats used to smuggle the drugs across from Morocco.

Spain has over the last year stepped up its campaign against drug trafficking in southern Spain, having boosted police numbers there last year.

Between July 2018 and July 2019 they have seized 143 tonnes of hashish and 5.4 tonnes of cocaine in and around Gibraltar, said the interior ministry.