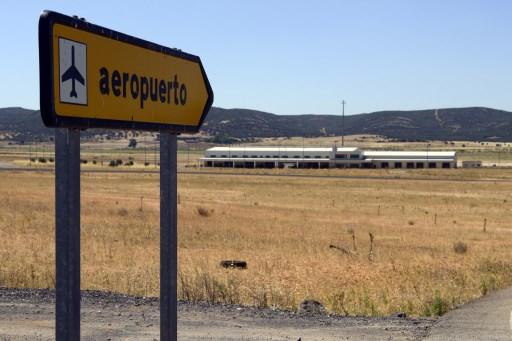 Spanish airports welcome more than 200 million passengers annually (including transits and arrivals) but there are a handful of ‘aeropuertos’ scattered around the country that haven’t exactly taken off, so to speak.

One of these is Ciudad Real Central Airport, situated in a 286,000-strong city in central Spain some 200 kilometres from the capital Madrid.

Despite 'opening' its doors to the public in 2010, it’s taken nine years for it to welcome its first flight to a landing strip that was otherwise gathering dust.

Unfortunately, the only people on board the Boeing 747 were the pilots and the cabin crew. That’s right, not a single passenger.

The aircraft took off less than an hour earlier from Castellón-Costa Azahar Airport on Spain’s eastern coast, another almost vacant construction known for being one of Spain’s ‘ghost’ airports (it does operate flights to six destinations, but all all of them seasonal). These two vacant white elephants, together with around a dozen more empty airports in small cities across Spain, have come to embody the corruption and greed of pre-crisis politicians who pushed for public projects that were never going to be financially viable, all to get a cut, a backhander or win votes.

Ciudad Real’s was at least privately funded (in theory), the first of its kind in Spain, costing an eye-watering €1billion to build but sold at auction five years later for only €10,000.

It’s changed hands a couple of times since and its current owners, realizing that labelling it as Madrid South Airport was a bit of a stretch (200km from the capital remember) will focus most of their business strategy on aircraft maintenance, pilot training and tech research instead.

They have been given a license to operate commercial flights as well, but we’ll have to wait and see if tourists decide to flock to barren and empty Castilla-La Mancha in Spain’s interior.