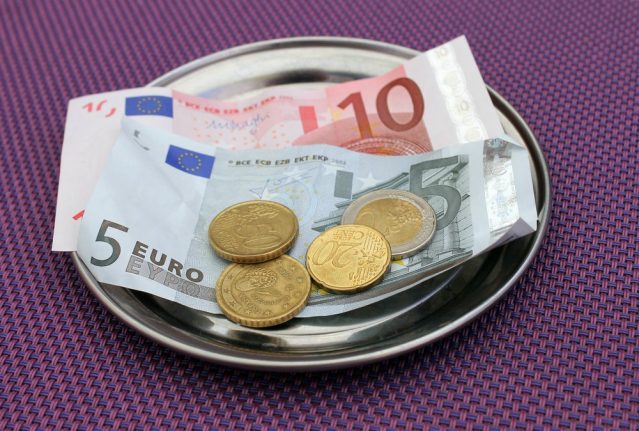 In 2018 more than €2.7million worth of counterfeit bank notes were seized by Spanish authorities, an illicit practice that’s actually on a downward trend, in part because ordinary Europeans and Spaniards are getting better at spotting fake money.

In a bid to completely quash this type of forgery, the Bank of Spain together with Spain’s national police have reminded the general public of the three-step rule they have to follow in order to not get conned.

Feel
According to the Bank of Spain, how the banknote feels in your hand is the easiest way to figure out if it’s forged. It should have a firm, slightly rough and resistant texture if it’s legit.

If the banknotes are fraudulent they’re likely to feel a lot more flaccid and waxy to the touch.

Another way of feeling if the banknote is fraudulent is by checking on the outer edges of the side with the hologram, with short diagonal lines running on either side. You should be able to feel the slight rougher edges of those dashes with the tip of your fingers.

Look
Hold the banknote up against a light source to make sure it has the watermark above the emerald green number in the bottom left corner (on the side with the hologram band on the right hand side).

On 20, 50, 100 and 200 euro notes, that same hologram should include a portrait of the goddess Europa in an abbey-shaped window.

Turn
When you turn the banknote vertically, the emerald green number in the bottom left corner of the hologram strip side should produce a turquoise metallic reflection.

If you don’t immediately realize that you’ve been given a fake bank note/s, the one thing you shouldn’t do is try to knowingly pass it/them on to somebody else as real currency or form of payment, as that could end up landing you anything from a fine to 24-month prison sentence, depending on if the amount is under or above €400.

If you have doubts about the money being genuine, the best thing to do is to hand it in at any bank, who will notify you by post about their resolution of authenticity.

It’s also your best chance of getting back at the person who may have conned you.