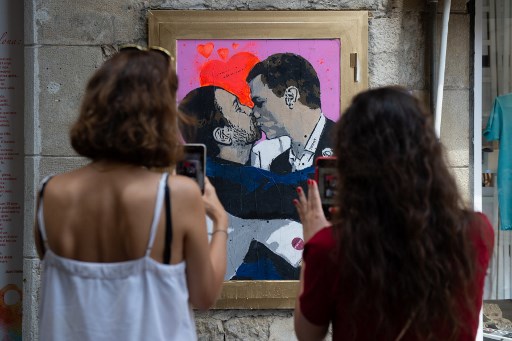 Acting Prime Minister Pedro Sanchez's Socialists won April elections, but fell far short of a majority and has until September 23 to win a confidence vote in parliament.

Otherwise a new general election will be held on November 10 — Spain's fourth in as many years.

The Socialists' talks with Podemos — their most natural political ally –, have stalled.

Podemos wants to form part of the new government's cabinet, but the Socialists are today offering only negotiations for a joint policy programme.

“A coalition government is always preferable to new elections,” Podemos leader Pablo Iglesias said during a debate in parliament with Sanchez. He cited as an example Italy where the anti-establishment Five Star Movement and the mainstream centre-left Democratic Party have formed a government coalition despite serious differences.

“I think you would be mistaken if you trust advisers who say that to win a few more seats (in parliament), you should force Spaniards to vote again,” Iglesias said.

“I again extend my hand to you,” he added.

Polls suggest the Socialists would win more seats in fresh election but still lack a majority, and again need the support of Podemos and several smaller regional parties to be sworn in.

“We are the last ones interested in elections. What we want is for there to be a government,” Sanchez told parliament, before adding that this did not depend solely on the Socialists.

“Mr. Iglesias, given that we saw in July that a coalition government was not viable, could you at least study the intermediate proposal,” he added.

Sanchez failed twice in July to be confirmed by the assembly as the Socialists and Podemos were unable to reach agreement on what would be Spain's first coalition government in the modern era.