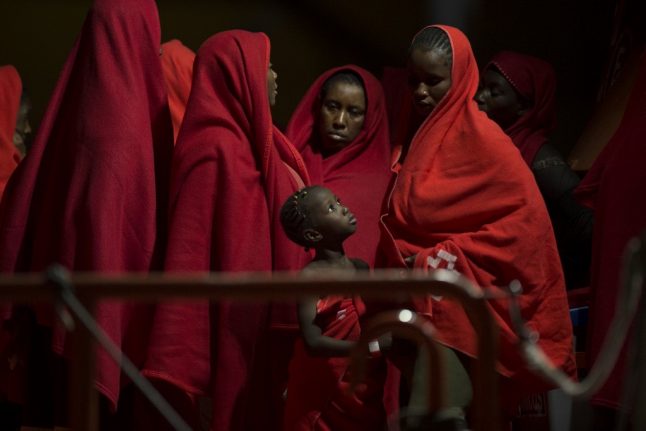 Illustration photo: AFP Migrants queue upon their arrival at the harbour of Malaga .

“Ten people fled this morning” from the Aluche migrant holding centre in Madrid on Monday, a police spokeswoman told AFP.

“They knotted together bedsheets which they then hung out of the window” and then used them to rappel down the wall, she said, without saying which floor they had escape from.

Three of them were picked up near the centre, she said, without saying where they were from. The other seven managed to flee.

Every year, thousands of undocumented migrants are kept in similar holding centres while awaiting deportation, and there have been repeated escape attempts as well as rebellions and clashes.

They have been repeatedly denounced by NGOs who have criticised the arbitrary detention and ill-treatment of those being held there, along with their lack of access to care.

By September 1, some 19,307 migrants had arrived in Spain this year, 42 percent down on the same period in 2018, interior ministry statistics show.