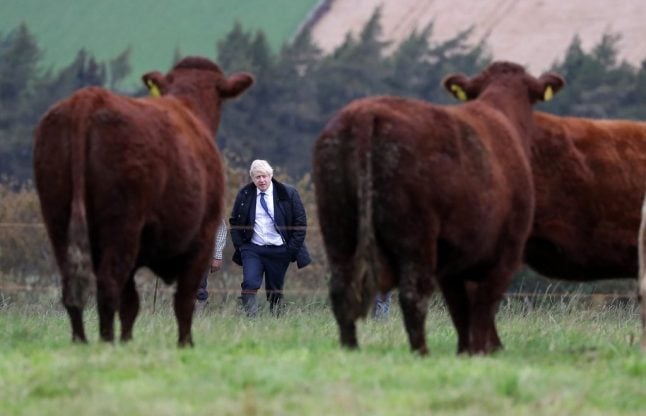 Many strange and unpredictable events have occurred on the British political front over recent months, but last week’s activities were on a different level entirely.

Following Brexit-related news closely as I do, I like to believe I’m reasonably well informed, and have a good grasp of what’s going on. Last week, however, I had to take stock, more than once and ask myself what exactly just happened?

Despite Prime Minister Boris Johnson having been a number 10 resident for almost two months now, his days appearing before parliament can be counted on one hand. Last Tuesday, Johnson gave a speech in the Commons, followed on Wednesday by his first appearance at Prime Minister’s Questions – a rather bad-tempered affair, in which he failed to answer a single question.

Within just 48 hours, Johnson then lost not one, but four votes against his government. It was the first time a prime minister had lost his very first ever parliamentary battle. To then lose three more skirmishes in quick succession was starting to look like carelessness.

The first important vote was in regard to a private members bill aimed at taking no-deal Brexit off the table, followed closely by Johnson’s own motion calling for a general election.

Labour backbencher, Hilary Benn, put forward the bill aimed at forcing the prime minister to request a further Brexit extension, in the event that a deal has not been agreed by 19 October – effectively taking a no-deal scenario off the table.

The bill had been put together by lawmakers from all parties, and had wide support, even from within the Conservative party. The bill passed at all stages in the House of Commons, with a majority of almost 30 votes at each reading. Although a win had been expected, the size of the victory had been a surprise.

The subsequent passage of the Benn bill through the Lords was far from straightforward, with significant attempts by Brexiters to thwart its progress. In the end though, the government conceded, and the bill finally passed the Lords on Friday afternoon.

Johnson lost his parliamentary majority of one last week, when Dr Phillip Lee crossed the house and joined the LibDems, in the middle of Johnson’s speech. That situation was further exacerbated when 21 Conservatives Remainers voted against the government.

As a result of the “rebels” votes against their own government, they immediately had the whip removed, meaning they can no longer stand as Conservative MPs. They can still vote though, and they proceeded to vote against the government again and again. The firing of these MPs caused outrage amongst their colleagues, not least because they included Winston Churchill’s grandson, Sir Nicholas Soames, Tory grandee Sir Kenneth Clarke, and former Attorney General, Dominic Grieve.

A further insult came later when Johnson’s own brother, Joe, resigned from cabinet – perhaps the first MP to resign in order to spend less time with his family, not more. There was a further shock on Saturday, when Amber Rudd also resigned from Johnson’s cabinet, attacking the prime minister for “political vandalism”.

In the space of a couple of days, Johnson had fought four political battles losing them all, upset a wide swathe of his own party, and convinced the whole of parliament that he was not to be trusted. The training sessions on how to win friends and influence people had obviously failed miserably, along the with negotiation skills seminars.

Much criticism has been levelled at opposition parties over recent weeks about their failure to work together, and their apparent willingness to score points off one another.

Those failings were not in evidence last week – quite the opposite in fact. It was clear that all opposition parties had agreed a strategy to oppose Johnson’s demand for an election – a government strategy they regarded as a cynical attempt to scupper Benn’s bill. Rather, the opposition either voted against the government or abstained, thereby preventing the two/thirds majority required by Johnson to secure a snap election.

Opposition parties worked together again on Friday, to agree the safest timescale for an election, in order to ensure a no-deal Brexit is avoided.

They concluded that the optimum date for an election was only after a Brexit extension has been secured, most likely in November. So, when Johnson tries again to secure an election, likely today, opposition parties will deny the government the majority it needs once more, no doubt to more accusations from Johnson that they are “chicken”.

Prospects are therefore high that the prime minister will hold on to his perfect record of failure – latest score, Parliament 4, Government 0. We only have two more months to wait and see if Johnson can break another, long-standing record – to become the shortest serving prime minister in British history. If that happens, I might just have to send him a gong.