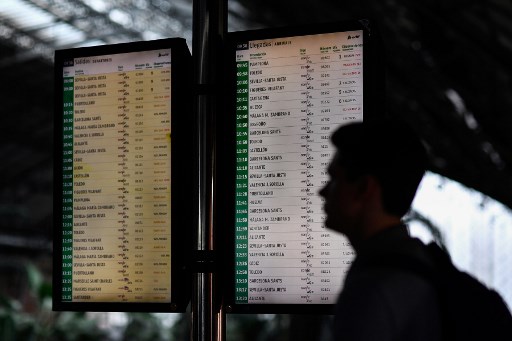 The strikes have been called to coincide with the busiest travel days, with the first called for Wednesday 31st July when a huge proportion of workers clock off for the summer and head off to the coast.

The second for Wednesday August 14th, when many of those not on holiday for the whole of August head off for the August puente over the national holiday of August 15th.

The strikes consist of two four-hour periods – between noon and 4pm and 8pm and midnight – which will affect dozens of trains.

Three more strike days have been called,August 31st and September 1st, chosen because they too are busy travel days marking the big return after the summer holidays. Spain’s Ministry of Fomento (Infrastructure and transport) said Renfe must guarantee minimum services during the stoppages with 75  percent of commuter trains running during rush hours and 50 percent during other times. For long distance high speed train, 78 percent of services are guaranteed and on mid-range, 65 percent of trains will be running.

Renfe announced that it had so far cancelled a total of 950 trains on Wednesday; 736 local trains running on the Cercanías service, 119 “middle distance” trains and 95 high speed and long distance services.

The list of trains that are scheduled to be running can be found HERE.

Those booked on trains that are cancelled will be offered, where possible, an alternative train or route as close as possible to the scheduled journey, insisted Renfe.

But travellers will also be offered a full refund or chance to change the ticket for another date at no extra cost.