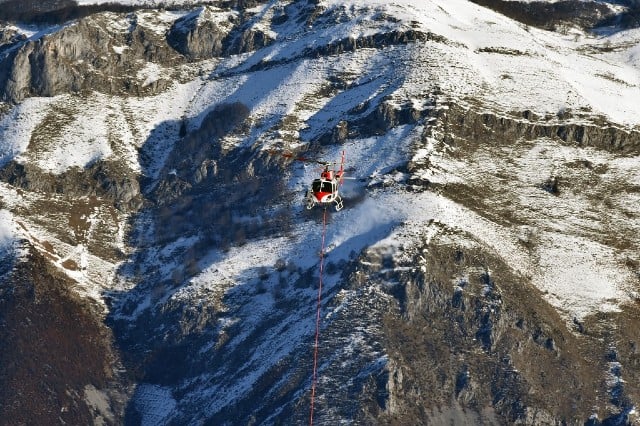 The Spanish hiker had set off to climb the 3,200m high Pic Long in the Hautes-Pyréneés département, but became separated from his family and then lost.

Officers from the Pierrefitte police have told French newspaper La Dépêche du Midi how Manuel, 54, had set out to climb the mountain with his wife, daughter and brother-in-law.

However after 13 hours walking the family, from Barcelona, had not reached the summit, so Manuel decided to go on alone – leaving with his family his backpack containing all his equipment including his phone.

However, after reaching the summit he then took a wrong turn on the way down as the weather closed in and night fell.

His family managed to get back down to the nearest town and raise the alarm, but Manuel was still on the mountain with no equipment and only a light jacket as hailstorms, thunder and high winds and struck.

Officers from the local police's mountain rescue team searched for two days and had warned his family to expect the worst, but eventually Manuel turned up at the local town hall – exhausted and extremely hungry but safe.

“To find a living person after such a long period of searching, with terrible conditions, is exceptional,” said David Sicilia commander of the gendarmerie de haute montagne de Pierrefitte.

“We are very happy with this outcome.”