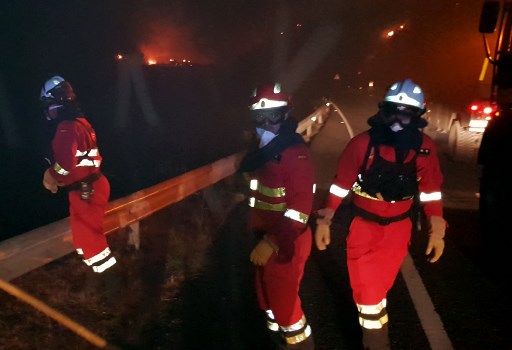 “The containment efforts have borne fruit and the prospects are good,” Angel Victor Torres, the president of the regional government of the Canary Islands, told a press conference late Monday.

However, the archipelago's emergency service warned that strong gusts of wind and an impending heatwave could fan the remaining embers into another fire.

“All the manpower will stay in place and 230 people will continue to work the land during the night,” it said in a tweet.

The blaze had spread across 23 kilometres (14 miles) since erupting Saturday in the western municipality of Artenara near the provincial capital of Las Palmas. Some 250 firefighters and soldiers have been battling the wildfire.

Around a dozen water bomber planes and helicopters were mobilised to help contain the blaze which has so far affected around 1,500 hectares (3,700 acres) of land, local emergency services said on Twitter.

Some 1,000 residents were evacuated over the weekend due to the threat from the flames but many were allowed to return to their homes on Monday. No one has been injured by the fire.

Police said they had detained a man on Saturday who is suspected of having started the fire by using welding equipment.

Officials said the mountainous landscape of the volcanic island, a part of which was declared a UNESCO world heritage site in July, had complicated the fight against the blaze. Temperatures are forecast to rise in the coming days in Gran Canaria, the second-most populous of the Canary Islands in the Atlantic off the northwest coast of Africa.

Spain is frequently plagued by huge forest fires because of its arid climate in summer.

The Canary Islands received 13.7 million foreign visitors last year, over half of them from Britain and Germany. 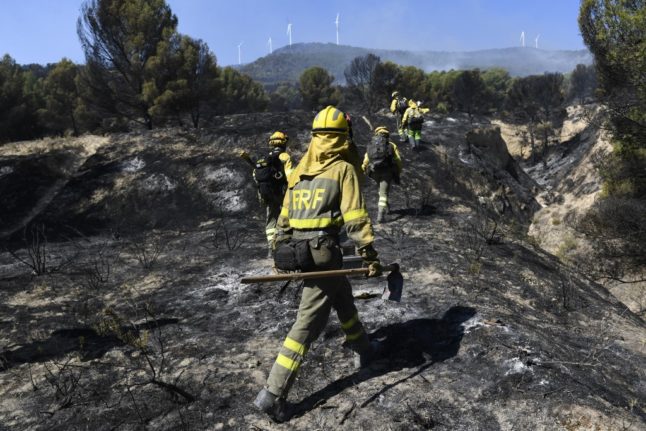