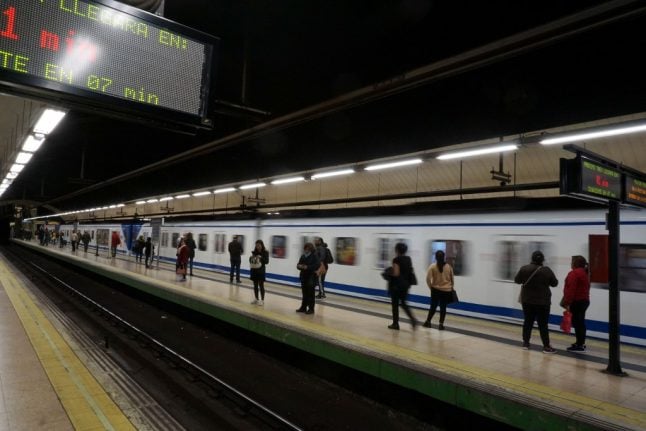 The incident took place at around 9.40 am on Friday morning at Arguelles metro station, in the central Madrid neighbourhood it's named after.

As a train approached the station and the crowd of passengers filled up the platform, a young man was suddenly karate-kicked in the back and propelled onto the tracks.

Despite the abruptness of the attack, the 23 year old was quick to roll on his back into the gap on the side of the tracks, avoiding the speeding metro train by a matter of seconds and centimetres.

Passengers watched in panic not knowing if the victim had managed to escape the train in time, some of them holding the attacker down to stop him from running away, Spanish national daily El País reported.

As the train left the station and the man emerged practically unscathed, Madrid Metro security staff arrived at the scene and arrested the attacker.

Nobody saw any argument or scuffle take place prior to the near-fatal kick.

The aggressor’s apparently senseless motive became somewhat of a modus operandi for Spanish national police when they traced his criminal record and found that in the prior weeks he had engaged in numerous other unprovoked violent incidents in Madrid.

Identified as a 30-year-old Brazilian national called Bruno, he was arrested in June for trashing the furniture of a bar terrace as well as beating up the bar owner and a client in the process.

In July he was again apprehended after throwing a lit cigarette into a passing police car in Madrid’s central Preciados shopping street.

Early examinations of the man suggest the sheer senselessness of his attacks are likely caused by psychological problems.

The metro attack comes just days after a similar incident in the German city of Frankfurt, in which an 8-year-old boy was killed after being pushed onto the train tracks by an Eritrean father-of-three.