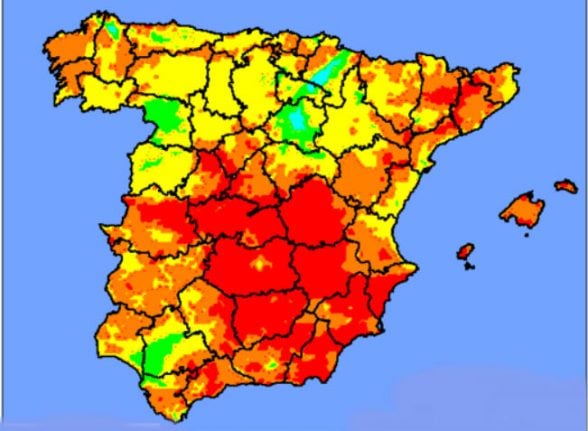 Orange alerts were issued for 14 provinces where the mercury was predicted to reach above 40C. But with the high temperatures come thunder storms and seven provinces were issued with warnings for storms; Cantabria, Ciudad Real, Palencia, Burgos, Zamora, Salamanca and Cáceres.

This map shows the likely density of lightening strikes over the coming hours.

A strong wind is set to blow in from the east across the southern tip of Spain and towards Almeria. While Galicia as usual, will experience its own weather system with winds blowing in from the north.

The Canary Islands were also told to expect strong winds.

With high temperatures, strong winds and vast forest  areas that are already parched, there is a high risk of wildfires breaking out.

The heatwave is expected to last until Thursday.

READ ALSO: The best Spanish treats to keep you cool in a heatwave