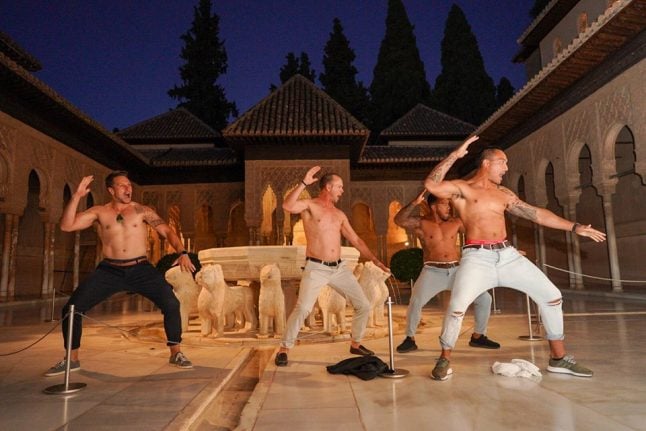 The All Black stars took their shirts off to perform the dance by moonlight.Photo: All Blacks Clinic

Designed to strike fear in their enemies, the traditional Maori war dance is performed by members of New Zealand’s All Blacks team ahead of a match.

But it was particularly impressive and emotive when, on Tuesday, members of the legendary rugby squad performed by moonlight in the Lions Patio in Granada’s famous Alhambra palace.

The dance, which involves foot stamping, eye rolling and tongue-flicking was carried out by All Black stars Hosea Gear, Anthony Tuitavake, Stuart Doig and Brad Linklater, who are touring Spain as part of an All Blacks clinic to promote the game in Spain.

Two years ago, theAll Blacks were awarded Spain's top prize, the Princess of Asturias Award for Sports, for being “an example of racial and cultural integration”.