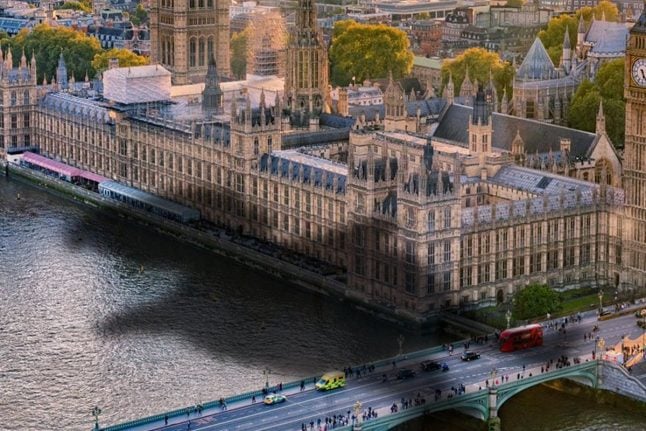 On Saturday July 20th, Bremain in Spain will participate in the ‘March for Change’ event in London.

This latest anti-Brexit, pro-EU event differs from previous People’s Vote marches, as it is being organised by grassroots groups collaborating to promote the benefits of EU membership. The march will complement a summer programme of People’s Vote campaign activities throughout the UK, culminating in another huge protest march in London on October 12th.

March for Change will follow the established route from Park Lane to Westminster, ending with a rally outside parliament. The identity of the speakers remains a closely-guarded secret, but it’s known that the the line-up will feature grassroots campaigners rather than politicians. The speakers will include representatives of #the5million, standing up for the 3.5 million EU citizens resident in the UK and the 1.5 million British citizens in the EU.

Marchers on the day will be wearing blue and yellow outfits – I have my blue wig at the ready! Bremain in Spain members will wear our branded t-shirts and baseball caps and we’ll also fly a special flag featuring the names of 75 members who cannot travel to London.

This was the idea of our vice chair, John Moffett, to enable more people to join us in spirit. These 75 members made a small donation to our fundraising effort to stop Brexit. As with previous marches, Bremain will be meeting our Spanish counterparts in the UK, from the Españoles en Reino Unido campaign group. A few days after the march, and before the parliamentary summer recess, it is anticipated that Boris Johnson will become leader of the Conservative Party. With this in mind, the march organisers have commissioned a Boris Johnson blimp, following the success of the Donald Trump baby blimp, flown during his recent state visit.

The organisers say: “We all know Boris Johnson's infamous promise of £350 million a week for the NHS was just a load of hot air. And yet he's about to float into the most powerful position in the land, based on nothing more than his over-inflated ego.”

The Boris blimp will be flown ahead of the “No to Boris, yes to Europe” demonstration, and will provide a great photo opportunity for the attending press.

Regardless of who gains the keys to No. 10, the EU is adamant that negotiations on the Withdrawal Agreement are closed. Both leadership candidates are seemingly deaf to this truth, and continue to peddle their unicorns, while trying to out-Brexit each other to score maximum votes from the Tory party faithful.

Tactics that garner support from the Conservative party members will neither please parliament nor the British public, so the new prime minister is heading towards stormy seas (the “Titanic Success” previously espoused by Boris may not be far away!). The parliamentary arithmetic hasn’t changed, and even cabinet members are now openly protesting about the dangers of the extreme no-deal Brexit advocated by the two candidates.

On Saturday 20 July, British citizens from across Europe will add their voices to the growing crowd that’s determined to be heard. We will demand that our rights and freedoms aren’t thrown under the Boris (or Jeremy) bus and that common sense must prevail.

Whether British citizens knew exactly what was at stake back in June 2016, we know considerably more now, and we deserve a chance to pause, assess and rethink our decision.

These days, we rarely hear that oft-used soundbite claiming Brexit is “the will of the people”, and for good reason. The politicians at Westminster realise that leaving the EU is no longer supported by the majority of the British people, or by parliament.

The new President Elect of the European Council, Ursula von der Leyen, has confirmed that the door is still open for a change of heart, and she wishes the UK to remain in the EU. I hope Saturday’s march will create a further wedge under the door, keeping it firmly open until the British government sees sense and recognises the true “will of the people”. To donate to the Boris blimp: https://www.marchforchange.uk/boris_blimp

To sign the Yes to Europe, No to Brexit petition: https://www.marchforchange.uk/petition

For more information on the March for Change: https://www.marchforchange.uk/why_we_re_marching

READ ALSO: OPINION: Why Boris could be our best bet to stop Brexit