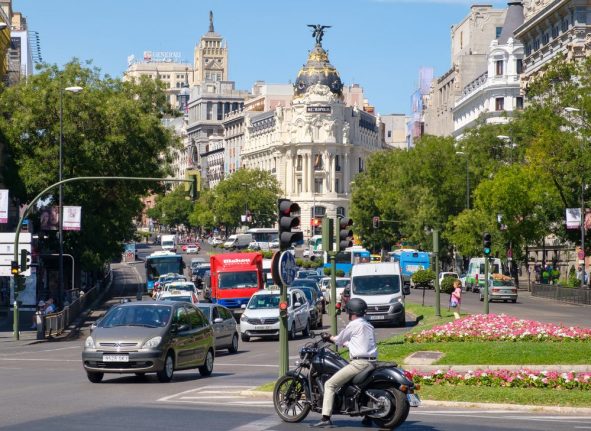 Madrid is back to being a city that will fine most drivers who enter areas of its city centre, a measure that had proven successful in drastically curbing air pollution levels since its introduction in late 2018.

A Spanish judge ruled late on Friday that the five-day-old shelving of the ban by Madrid’s new conservative mayor José Luis Martínez-Almeida would be revoked as a “provisionally cautionary measure”.

Popular Party representatives in the capital have three days to appeal.

“The judge has ruled in favour of people’s health rather than the so-called right to drive a vehicle,” a spokesperson for the socialist opposition party PSOE said following the verdict.

His party had presented the case before a Madrid court on Thursday, calling the scrapping of the car ban “illegal”.

Thousands of Madrid residents marched through the capital in the lead up to the Popular Party’s lifting of the ban on July 1st, calling for the anti-pollution measures to remain given the overwhelming scientific evidence of the traffic restriction's health benefits.

But the capital's new conservative mayor Jose Luis Martinez-Almeida had made ditching the “Madrid Central” plan a priority during his campaign, deciding to stick to his word when reaching office.

He argued traffic restrictions had done nothing to ease pollution and only caused a nuisance for locals, poking fun at protestors by saying he envied “how much free time they have to carry out these sorts of actions”.

On July 2nd, just a day after the traffic restrictions were scrapped, environmentalists warned that pollution levels had risen above the legal limit of 40 micrograms per cubic meter and soared to 70 – a level not reached since previous city mayor Manuela Carmena introduced “Madrid Central”.

The divisive vehicle ban was one of the measures that persuaded the European Commission not to take Spain to court in 2018 over its bad air pollution levels in the capital and in Barcelona, as it did with France, Germany and the UK.

Spanish NGO Environmentalists in Action reported that readings of nitrogen dioxide, a pollutant released by motor vehicles, had recently reached their lowest levels since records began in 2010 – an average of 22 micrograms/cubic meter.

The only measuring station within the traffic-restricted area in central Madrid itself showed that pollution had decreased by 44% compared to May 2018.